The History of the Tank Top: From Rebellious Swimwear to Fashion Staple 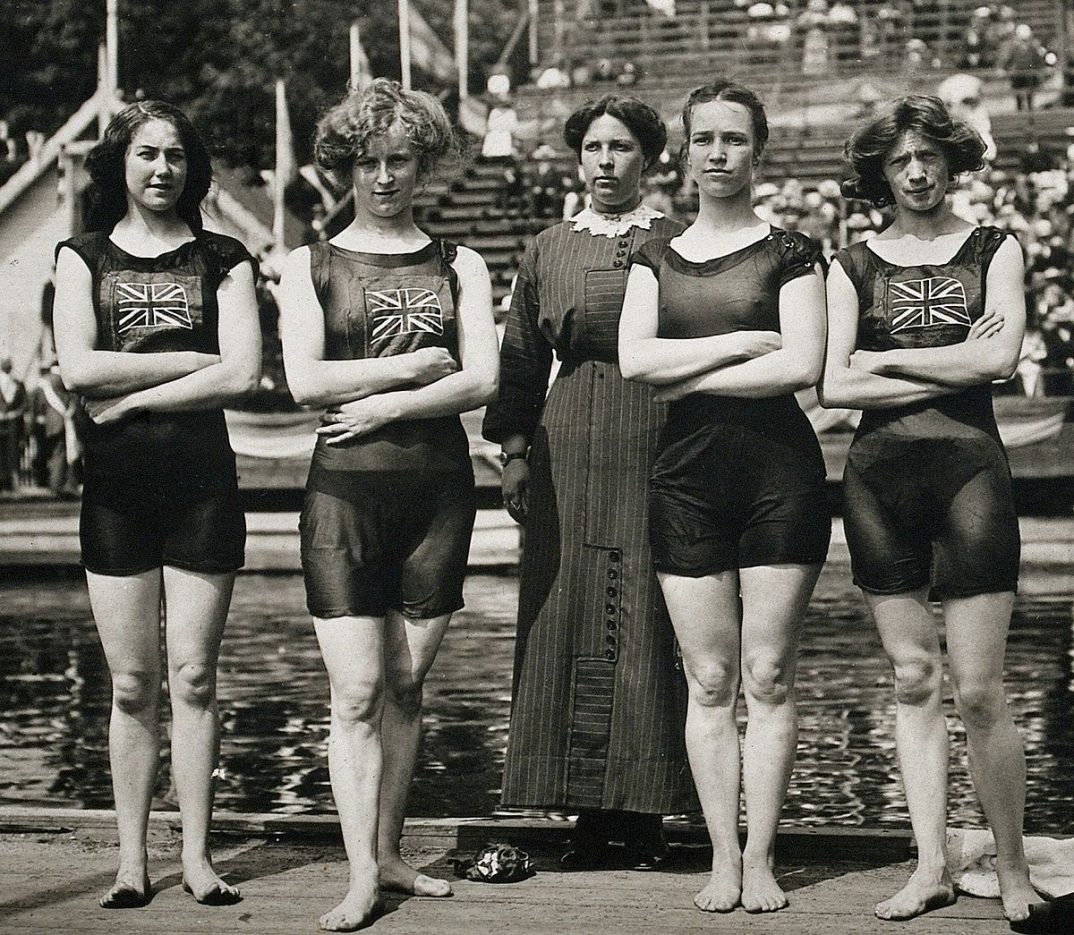 Tank tops are one of the most popular pieces of clothing, you can wear them pretty much any time of year, they are versatile and come in a variety of colours and styles. But did you know that they originated in 1912, albeit very different than they are now? Since Road to Avonlea and Anne of Green Gables are both set in this time frame, we thought it would interesting to examine one of the most popular clothing innovations to come from that time. Without further ado, let’s get into the history of the tank top and just how it evolved into the wardrobe staple of today.

According to The Fact Shop, in 1912, two years before the First World War and long before the upheaval in fashion the roaring ‘20s would bring, 27 women participated in the swim competitions at the Stockholm Olympics. Every one of these athletically-inclined women were wearing a brand-new type of swim costume, which featured short-like bottoms and sleeveless tops ideal for fast and free movement. These bathing suits were not very different from the ones that men wore, but they were still considered to be shocking and immodest. The bathing suits came to be known as “Tank Suits” for the fact that they were worn while going into the “Swimming Tank”. Can you imagine the girls of Avonlea wearing such swimming costumes? Hetty King would have a coronary!

The freedom of arm movement these sleeveless tops provided became very popular, not only with women, but also with men. Soon, men began wearing shirts inspired by the Tank Suits under their everyday clothing as an undershirt. According to Keeping It Cool-The Evolution of the Tank Top, on League 91, Italian immigrants in 1930’s New York began the practice of wearing tank tops in public. New York was stifling in the summer time and these loose, sleeveless shirts typically worn as undershirts were the perfect way to stay cool! Despite this new phenomenon, it still was not acceptable to be seen wearing a tank top in public. While you were working doing hard labour? Sure. Going for a swim at the beach with your family? Bare arms were no problem! But never in polite society.

According to The Fact Shop, throughout the 1930s and ‘40s Hollywood films began to feature men wearing tank tops, picking up on the practice started by the immigrants to New York. The catch was, these men were usually the villains of the film. These characters were often brutish, beating their wives, or were rebels causing trouble in society. This led to tank tops becoming known by another popular, albeit unfortunate, name that has stuck around: Wife Beaters.

Fast forward a couple decades to the 1970’s, and there was a significant uptick in tank tops in celebrity culture. Characters in films still wore tank tops, and not only the villains, but female characters as well. It was no longer immodest to have the expanse of your arms showing and not only were actors wearing tank tops in their films, they were also wearing them out in public! According to League 91, one final push was needed though to make these garments a staple of everyday wear. When celebrities were seen dressing in tank tops, others deemed it socially acceptable as well. The appearance of heading to a workout or attend an athletic event, while not planning to do either, became popular and the tank top took its place as the mainstay we know today.

It is amazing to think that something that people wear on a day-to-day basis, whether as regular dress, to work out, or just to sleep in, could have evolved from a shocking but practical change in swimwear in the beginning of the 20th century.

Are you a fan of the tank top? If you are an Anne of Green Gables fan and like comfortable and soft tank tops, look no further than the Buried Hopes Tank Top available only on Shop at Sullivan.