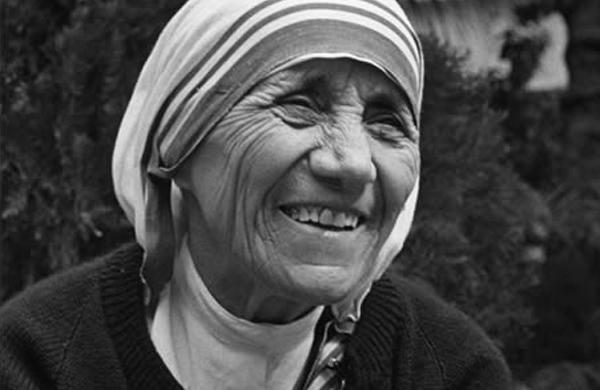 It is the first time that Malgorzata Janiec has ever taken part in an essay contest, but the 27-year-old teacher from Poland felt strongly enough about the works of Mother Teresa to write the following essay. Here is the reason why Malgorzata is inspired by the world’s most famous nun.

“If I ever become a Saint – I will surely be one of ‘darkness.’ I will continually be absent from Heaven – to light the light of those in darkness on earth”.

The only thing that Mother Teresa ever wanted in her life was to meet and understand the needs of others. For over 45 years she was devoted to helping the poorest people of India. Her example was followed by hundreds of women, who devoted their lives to finally become Missionaries of Love. It is now working in 123 countries, helping out in the places where you may think that people forgot the meaning of love.

She was giving away everything: medicine, food, prayer, time - always smiling. It doesn’t matter what we do, the only thing that matters is how much love we put into it – she repeated. Her aged face was always full of life. Throughout her life her heart stayed young. She is no longer with us, since she passed away at the age of 87, but you can still experience her presence in different ways. Her ideas and thoughts are still alive in Servants of Love. You can see her love in the eyes of all grateful people who Mother Teresa saved, giving them another chance. Mother Teresa is still alive in all the friends of mine who left Poland to join missions, helping children who live on the streets, children who haven’t got anyone who would love them or care about them. She is alive in volunteers who decided to give up their lives and live along with the poorest who haven’t got anyone that they can rely on.

The World thanked her with the Nobel Prize for Peace, the Distinguished Conduct Medal and many others. She was announced the most admired person of the 20th Century. She never thought of herself this way. She would rather remain unnoticed.

Mother Teresa had an impact on my life too. She taught me not to distinguish people as better and worse. She highlighted the importance of being patient, honoring justice. Being a teacher, you need to set the right requirements and give not only knowledge but also your soul. She was the one to make me understand that you need to open your eyes so as not to miss anything. She showed me how to work in the right way. She convinced me that it is better to light the light rather than fight against the darkness. And that smiling to people is limitless.

Her life can be described with the quote by one of Poland’s poets: “The goodness is defenseless but never helpless. Goodness does not need any power nor does it any winning, as it is immortal.” The World has shown its appreciation by always remembering, and Heaven has by her Sainthood. She never gave up, though. She still keeps doing, whatever she did, being with us: she keeps lighting the light to those in darkness.