From Book to Screen

Conceived in the mind of famous Canadian author Lucy Maud Montgomery over a century ago, the story of Anne of Green Gables continues to capture he hearts and minds of people around the world. The first of the films: ‘Anne of Green Gables’ was originally developed as a TV mini-series and aired on CBC, PBS and The Disney Channel in 1985. In 1987, Producer and Director Kevin Sullivan reunited much of the original cast for the second film Anne of Avonlea (released in Canada as Anne of Green Gables: The Sequel) based loosely on Montgomery’s sequel novels, Anne of Avonlea, Anne of the Island and Anne of Windy Poplars. The third installment, Anne of Green Gables: The Continuing Story was created in 1998. This completely original story, penned by Sullivan, aimed to bring Anne into a time frame and story line that had been developed over the 91 episodes of the spin-off series, Road to Avonlea. In celebration of the 100th anniversary of the publication of Montgomery’s original novel, the final film Anne of Green Gables: A New Beginning, was both a prequel and sequel to the original series, released in 2009.

All the award-winning period costumes in the Anne of Green Gables Films were authentic and intricate. Toronto stage and wardrobe designer Martha Mann, who designed for Anne of Green Gables and Anne of Avonlea, was faithful to Edwardian styles, right down to the petticoats, furbelows, corsets and more. Mann worked with London’s Cosprop design firm in order to obtain many of the supporting players’ wardrobe.
Every care was put into making sure that every costume was authentic, and
wardrobes were constructed based off of each character’s personal history.
‍ 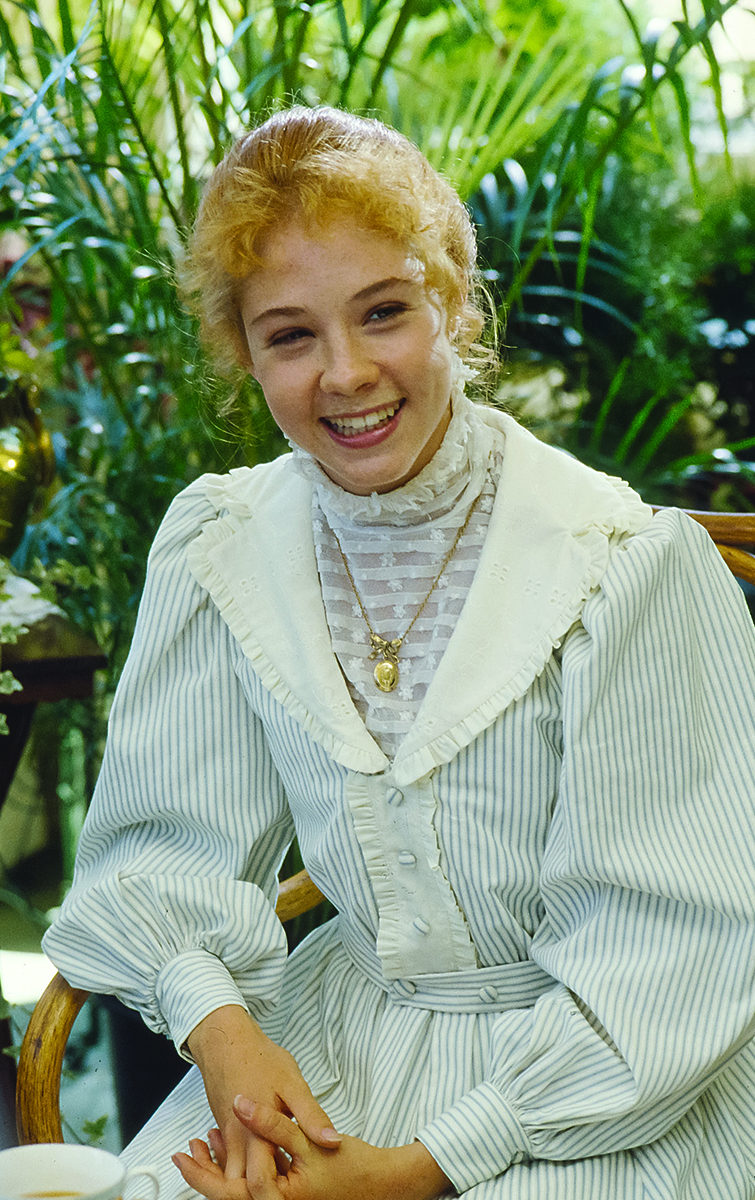 Ruth Secord took the reigns as costume designer for Anne of Green Gables: The Continuing Story, but stayed true to Mann’s initial vision. Secord used both items that were made specifically for the film, and authentic vintage pieces. Secord was able
to source genuine period clothing, such as Gilbert Blythe‘s WWI medical uniform,
and the costumes that could not be pieced together of genuine articles, such as
Anne’s volunteer uniform, were meticulously reproduced.

For Anne of Green Gables: A New Beginning, Martha Mann was recommissioned to recreate the original pedigree and tonality of wardrobe she had established for the
first two films. The film, set in two very distinct time periods, presented a whole new challenge for the costume design team: they had to not only reproduce fashions of the Edwardian Era, but also the distinct look of the 1940s. The entire department, lead
by Martha Mann, had to outfit a cast that was twice the size of the previous films.
With the support of superb craftspeople, Martha Mann and her team were
able to achieve some of her most breathtaking designs to date. 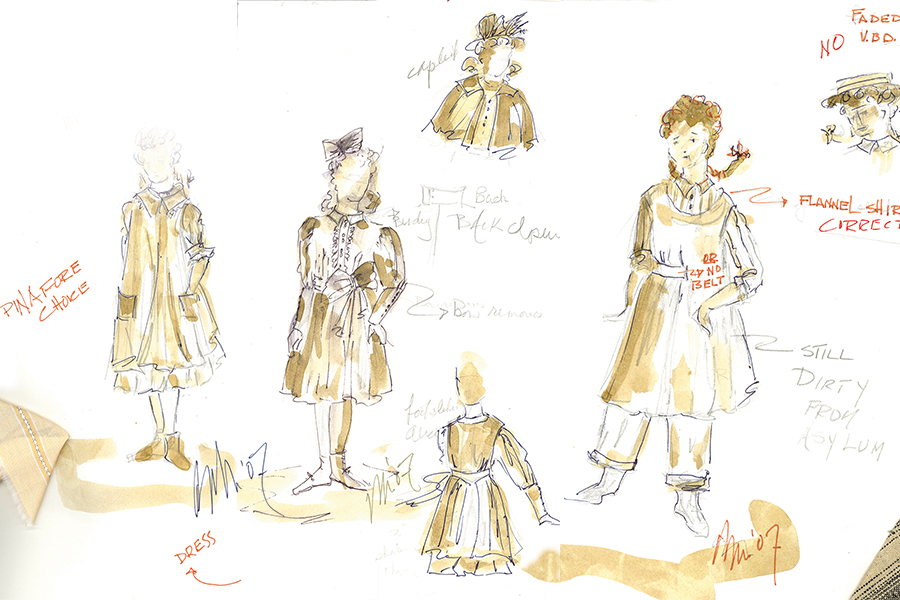 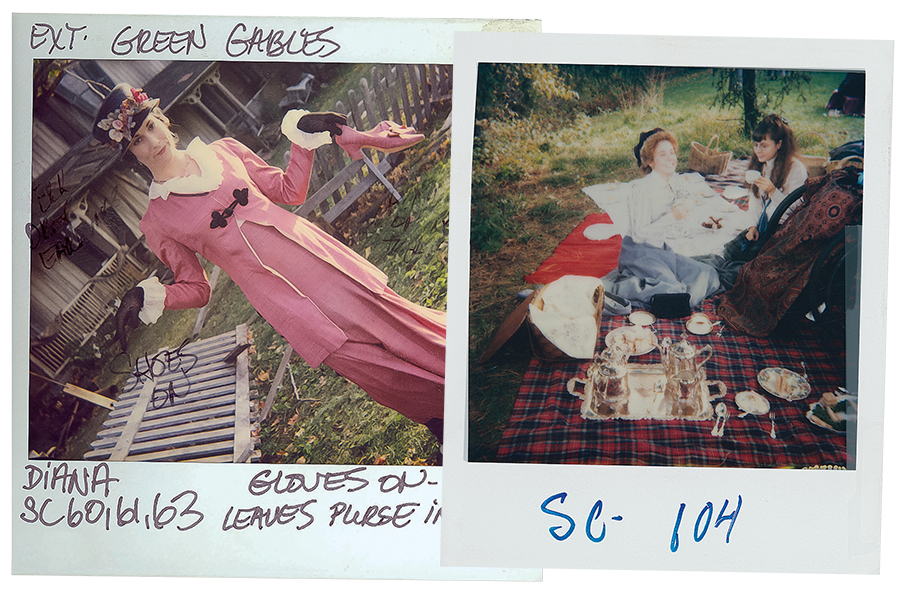 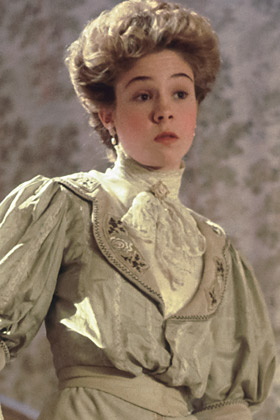 Martha Mann worked with Cosprop's London design firm to round out many of her wardrobe. Cosprop is famous for supplying period costumes to many of the Merchant Ivory films such as Howard's End and Room with A View. 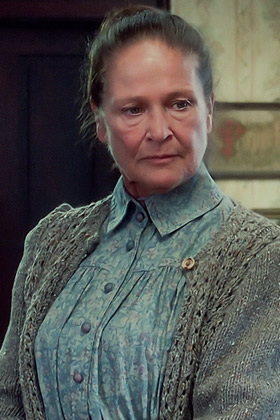 Costume Designer Martha Mann constructed clothes with fabric placed inside out to help achieve a worn faded look as in this blouse worn by Dewhurst. Mann had this sweater handknit for Colleen Dewhurst. 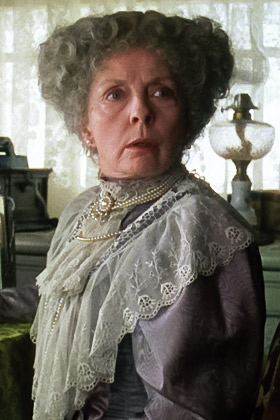 Mann's clothing designs were based on each character's breakdown. She also influenced hair design and came up with a wig for Actress Charmion King that matched her ferocity as a character. 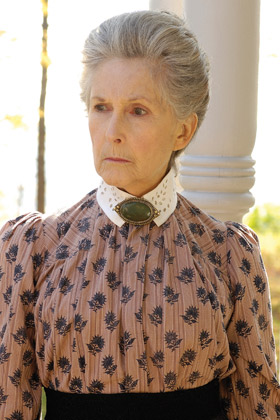 Mann's genius was the amount of research she did to perfect every character's lineup of clothes. 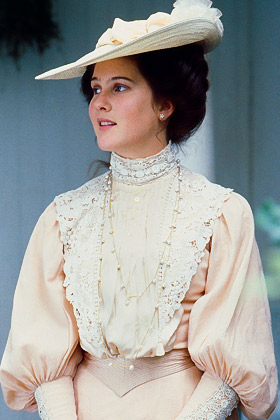 Diana's light pink gown with white lace famously known as her “Honeymoon dress" has Gigot sleeves. The bodice and neckline are lined with a long string of white pearls. 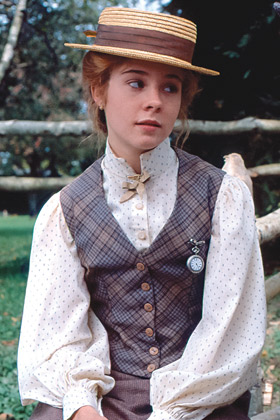 Toronto stage and wardrobe designer Martha Mann created the costumers for the first two films and the fourth film. Mann's design for Anne the Sequel took Megan Follows from being a child to a young ingenue.

In 1984 Kevin Sullivan drove along numerous rural back roads looking for a
landscape that would capture the idyllic farming community of turn-of-the-century PEI. Filming on location in Prince Edward Island would have presented several
challenges and with four seasons represented throughout the script for Anne of Green Gables it was crucial that locations around Ontario were found for ease of filming.

After the initial shooting in the various Ontario locations, Sullivan and a small talented crew traveled to PEI and captured epic shots of the island, which have now become iconic for fans of the films. Prince Edward Island locations include Dalvay by the Sea, PEI National Park, Orwell Corner Historic Village and North Rustico. 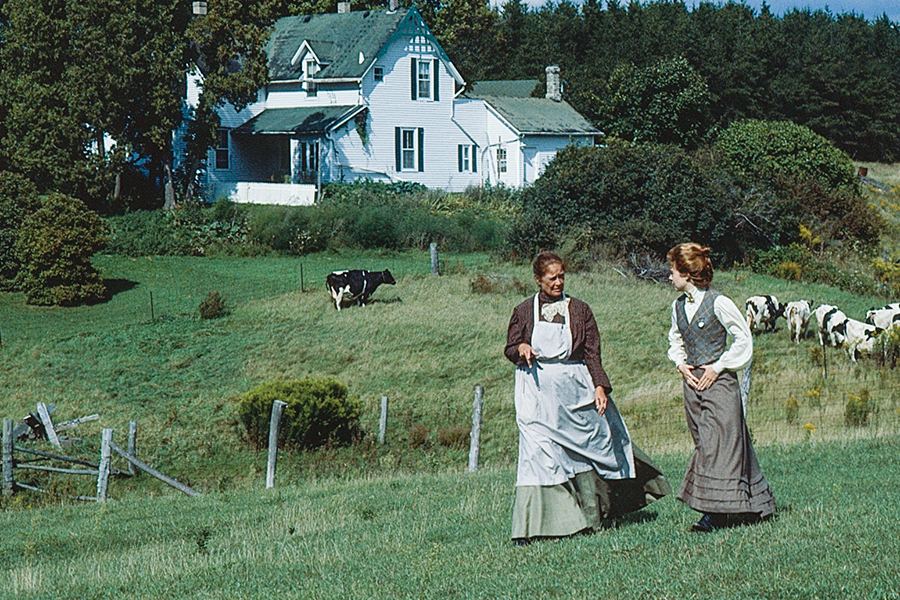 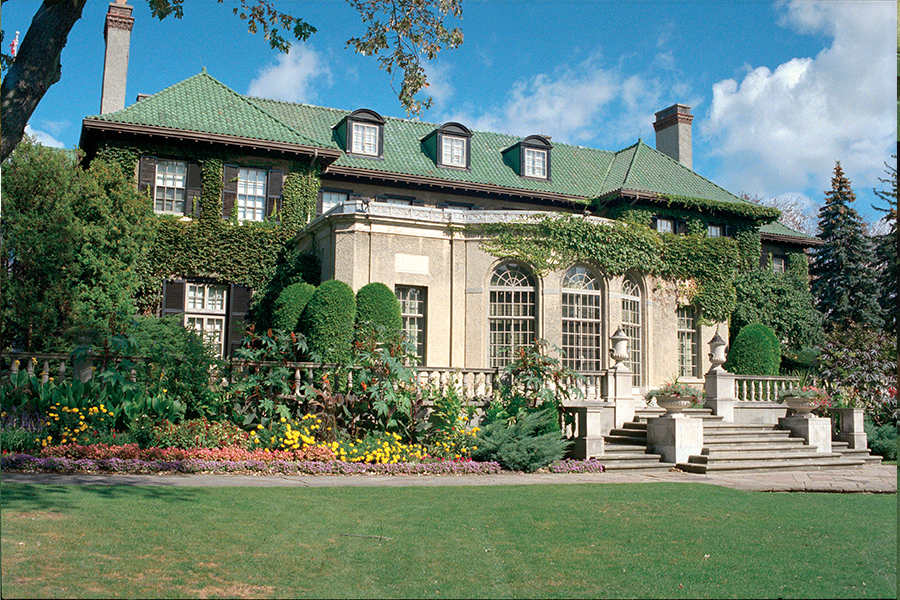 Authentically designed studio interiors added to the effect of creating a fanciful turn of the century PEI. Authenticity to the time period was key; production designer Carol Spier did a tremendous amount of research in order to re-create the Edwardian period and utilized books, photos, the PEI archives and L.M. Montgoemry’s personal photography. Through this, Spier was able to create vivid sets in studio.The films were made with an air of practicality, yet with all the benefits of access to Toronto’s well-established feature film industry. Sullivan was determined to recreate the picturesque storybook-like quality that L.M. Montgomery described in her books; by taking bits and pieces of many different places, he and his crew were able to create a unique and well-designed harmonious world onscreen.

In Anne of Green Gables: The Continuing Story, not only did Avonlea need to be
recreated, but also New York, London and war torn France and Germany. Streets in Montreal Quebec were used to re-create Manhattan and London. The bombed battlefields and towns of France and Belgium were constructed and filmed north of Claremont Ontario, in an old stone quarry. Production designer Arthur Herriott was faced with creating a desperate, scarred, and uncertain world that concludes in the peaceful atmosphere of PEI. Many special effects, such as green screen, were used to create specific atmospheres for scenes. Matte paintings were also created to further add to scenes such as the French Port of Boulogne where soldiers board a convoy of ships. 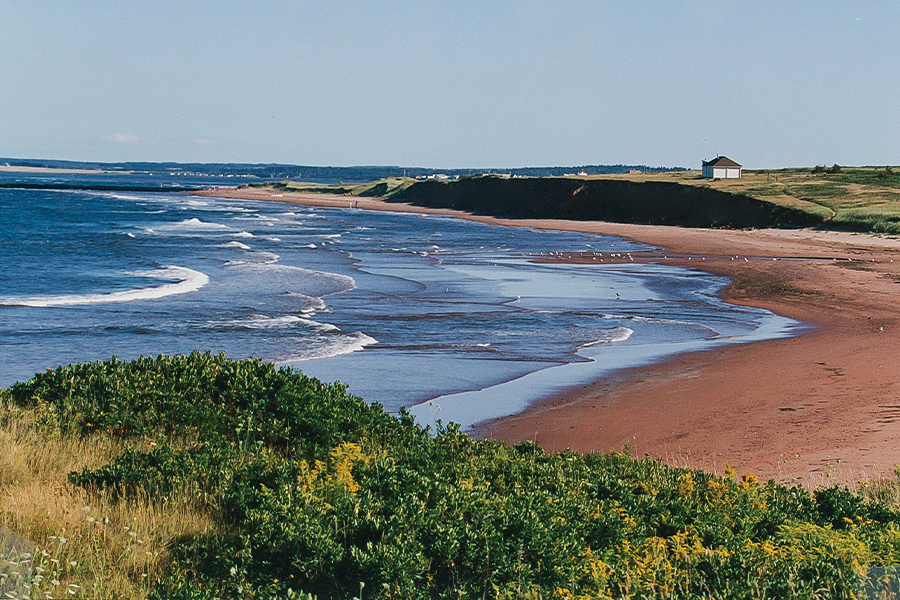 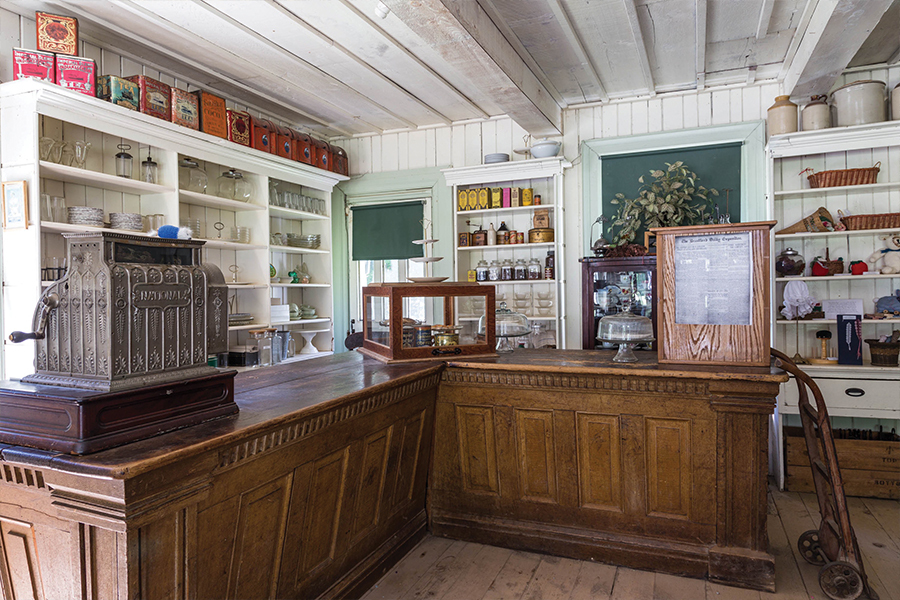 In order to authentically portray two very distinct periods in the fourth Anne of Green Gables film, Anne of Green Gables: A New Beginning, every set was extensively researched and painstakingly recreated by the Production Designer, Ray Lorenz. Every subtle detail of color, texture and lighting needed to reproduce a visual sweep in time spanning the late 1890’s to the mid 1940’s, where both of Anne’s stories take place. The set design team examined and considered the differences in trends,resources, technology, and historical advancements that shaped each time period in order to assemble and create each required backdrop and setting. The team also had the challenge of recreating the original sets that were used and made iconic in the Anne of Green Gables Trilogy, requiring extremely accurate attention to every pre-existing detail, like the interiors of Green Gables.

Many of the film’s sets were staged and constructed at the Sullivan Studio and Backlot in Toronto, giving the Production Design team a blank canvas to create their vision of the engagingtime period of Anne’s youth. Although the film employed a mixture of sets, actual location photography and “blue and green-screen” CGI technology, each visual backdrop had the task of bringing to life two unique eras in history as seamlessly as if the entire film had been shot on location in a real world that sadly no longer exists. 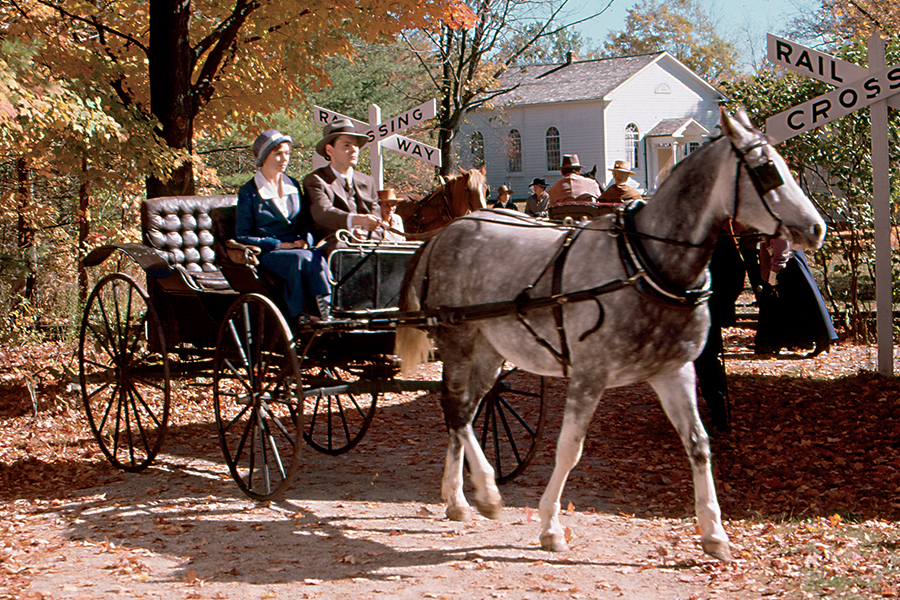 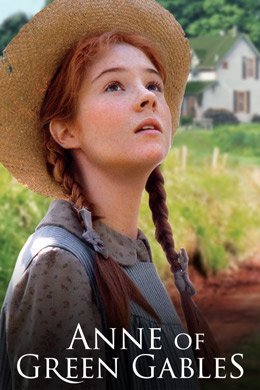 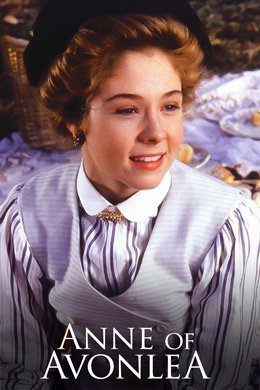 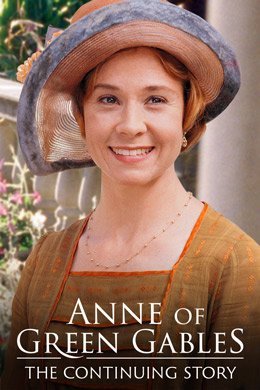 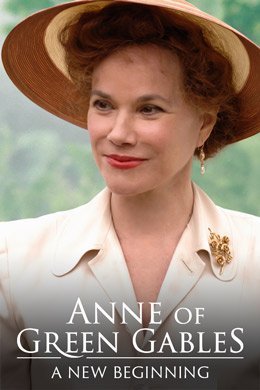