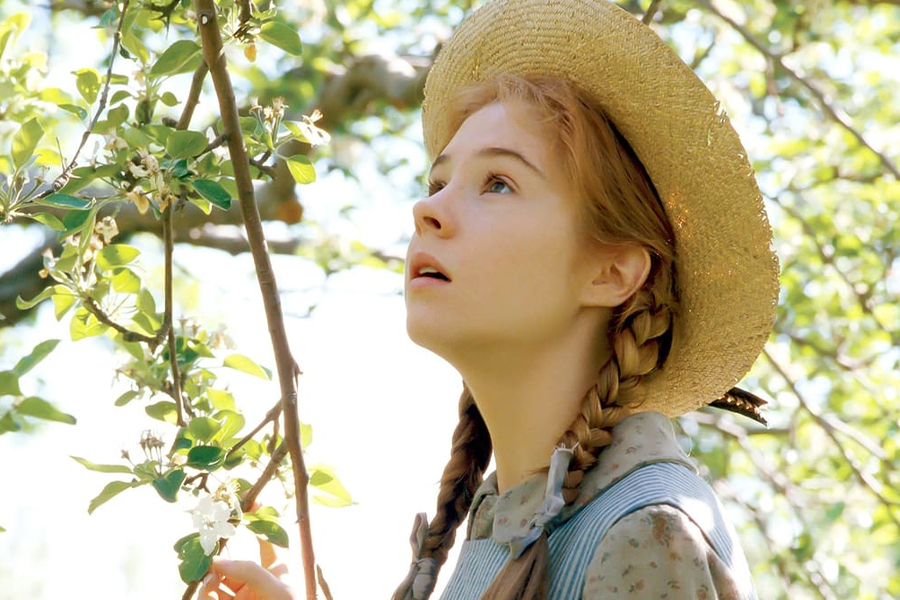 There are tons of life lessons from Anne of Green Gables where Anne has been our companion during both the wonderful and dreadful moments of growing up. Here is a list of important life lessons Anne has taught us...

Part of what keept Anne so optimistic was a creative mind and a hyperactive imagination fostered through reading and daydreaming. It's important to let your mind wander every so often to relax and embrace a new environment. Also, daydreaming helps you review your day, appreciate the little things and think of positive outcomes for tomorrow.

“Isn’t it splendid to think of all the things there are to find out about? It just makes me feel glad to be alive—it’s such an interesting world. It wouldn’t be half so interesting if we knew all about everything, would it? There 'd be no scope for imagination then, would there?” - Anne Shirley

9. You can always count on your bosom friend to share the best moments in life with you.

“A bosom friend—an intimate friend, you know—a really kindred spirit to whom I can confide my inmost soul. I’ve dreamed of meeting her all my life. I never really supposed I would, but so many of my loveliest dreams have come true all at once that perhaps this one will, too. Do you think it’s possible?”

8. Love means more than anything you can buy in a store.

“For a moment Anne's heart fluttered queerly and for the first time her eyes faltered under Gilbert's gaze and a rosy flush stained the paleness of her face. It was as if a veil that had hung before her inner consciousness had been lifted, giving to her view a revelation of unsuspected feelings and realities. Perhaps, after all, romance did not come into one's life with pomp and blare, like a gay knight riding down; perhaps it crept to one's side like an old friend through quiet ways; perhaps it revealed itself in seeming prose, until some sudden shaft of illumination flung athwart its pages betrayed the rhythm and the music, perhaps. . . perhaps. . .love unfolded naturally out of a beautiful friendship, as a golden-hearted rose slipping from its green sheath. ”
― L.M. Montgomery, Anne of Avonlea

7. If you give people a chance, they might surprise you.

Can you imagine Anne Shirley never forgiving Gilbert Blythe? Sometimes we need to give people a second chance. It's in our nature to forgive. Anne will often apologize and admit her mistakes and she’s also kind enough to forgive others when they've made their own mistakes. Mrs. Barry and Marilla both wrongly accused Anne, but she forgave them both, showing that not only is the ability to ask for forgiveness a great trait, but so is the ability to forgive others.

6. However things may seem right now, "There is always another bend in the road."

Optimism is a great trait to have, and it definitely makes Anne Shirley an uplifting character. Not everything is perfect in life, but dreading on problems won't fix anything. Staying optimistic and hopeful makes you happy.

5. Part of growing up is about making mistakes.

Anne accidentally gets her bosom friend Diana Barry drunk by serving red currant wine, which Anne thought was raspberry cordial, at tea. They were banned from speaking to each other, but Anne eventually redeems herself with Diana’s parents.

This lesson is best explained by Anne, “Tomorrow is always fresh, with no mistakes in it.”

4. Your imagination is your most valuable possession.

Anne is full of life and wonder. The way she sees the world is unique and her imagination has gifted us the Lake of Shining Waters, the Haunted Woods, and so much more.

“Because when you are imagining, you might as well imagine something worth while.”
― L.M. Montgomery

3. A Kindred Spirit isn't very hard to come by. If you really look.

“Miss Barry was a kindred spirit after all," Anne confided to Marilla, "You wouldn't think so to look at her, but she is. . . Kindred spirits are not so scarce as I used to think. It's splendid to find out there are so many of them in the world.”

2. Don't be afraid to stand up for yourself.

Anne always stands up for what is right and defends herself. Though well-meaning, Rachel Lynde got more than what she bargained for when she insulted Anne’s red hair. Anne served up her own set of mean insults to teach Rachel how hurtful it is to be insulted, especially by someone you've just met.

1. Learning to Love the things that make you unique doesn't always happen overnight.

Who would Anne be without her red hair, freckles and impressionable attitude? Learning to love yourself is the greatest lesson of all, and sometimes it takes years to realize that your self-identity is important and valuable.

To stream Anne of Green Gables, visit GazeboTV.com or visit Shop At Sullivan and read all about Anne's adventures!