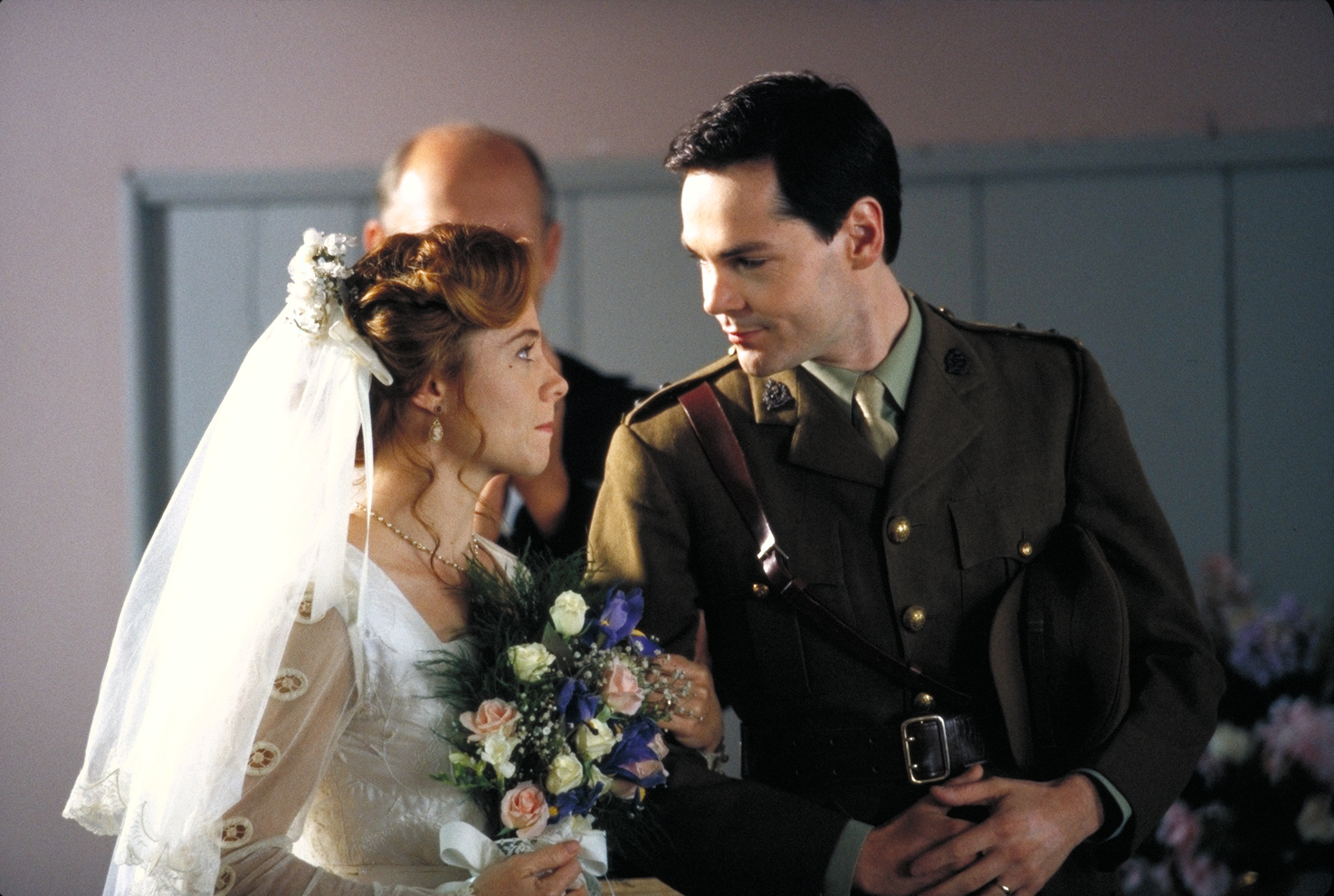 Anne and Gilbert have a much adored romance, and what’s not to love? Their touching romance, despite its obstacles, makes many believe in the true power of love.

However, their romance was pretty unconventional for the times. Love in Edwardian times, in which the Anne of Green Gables Films are set, was less than romantic. A lot of the traditions and customs, including who you married and how, depended on a major factor: class. We take a look at the traditions in Edwardian times to see how Gilbert and Anne are different than the typical historical romance.

Dating in Anne and Gilbert’s time is a far cry from today. There was no casual dating. Courting required a series of dates to be accompanied by a chaperone. That might explain why Rachel Lynde is taken aback when Gilbert takes Anne home unaccompanied.

The fact that Anne and Gilbert could see other, casually, despite his very vocal interest in her, is impressive. It often took men awhile to save up for a wedding and marriage, which may clarify Gilbert's "sunbursts or marble halls" warning to Anne.

Men were instructed to be careful about giving off the wrong intentions. No flirting was allowed in order to keep a man’s intention clear. Men only courted women they were interested in, with the sole intent to marry them. Gilbert flirted with Anne when he was on dates with other girls, and pined after her even when engaged to another woman. Ouch.

Though it may seem strict by today’s standards, it’s kind of nice to think that people couldn’t play games the way they do nowadays.

Though they say, “tis better to have love and lost than to never have loved at all,” Marilla’s situation is just as unconventional. Though Anne swears she’ll never marry at one point, life as a spinster would have been difficult. With little family to rely on, it would have presented some challenges in those days.

Marilla had Matthew, but most single, unmarried women in those days had very few rights and were beholden to their male relatives. Unmarried women were regarded with suspicion, so it wasn't as romantic or freeing  as Anne may have made it seem.

Despite all of these factors, Anne and Gilbert had a romance for the ages. It had bumps in the road but they figured it out and fell in love. They may have had to wait to be married, finally getting hitched after Gilbert finished medical school and became a Doctor, but the wait was well worth it and they were extremely happy.

Re-watch the bridge scene from Anne of Green Gables: The Sequel.

Anne and Gilbert - I just want you from Sullivan Entertainment on Vimeo.