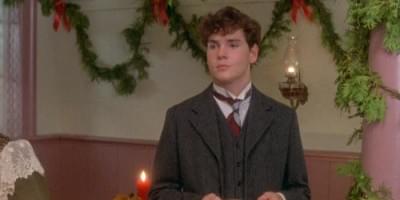 I discovered Kevin Sullivan’s Anne series as a young girl, and then rediscovered it as a teenager. However, upon re-watching the series (in the days before streaming and Netflix), I found that many of the comments on the internet compared my favourite literary romantic hero to someone named Mr. Darcy. I remember thinking who on Earth is this Mr. Darcy and how could he be like Gilbert Blythe?

After some quick Google searches I found that Mr. Darcy was the romantic interest of Jane Austen’s most famous novel Pride and Prejudice. Essentially, through Gilbert Blythe, I discovered the wonderful world of Jane Austen.

When I first watched Pride and Prejudice (the 2005 version, sorry Colin Firth fans), I was watching it specifically for comparisons to Gilbert. I was surprised to find that for once, the internet was right. There were quite a few similarities between the two.

Here are just a few of the similarities I noticed:

If you want to make some comparisons for yourself you can find Jane Austen’s Pride and Prejudice in our new Period Collection at Shop At Sullivan. We have the 1999 and 2005 film versions, but we’ll save the Mr. Darcy vs. Mr. Darcy (Colin Firth vs. Matthew Macfadyen) for another day!