The History of Anne of Green Gables 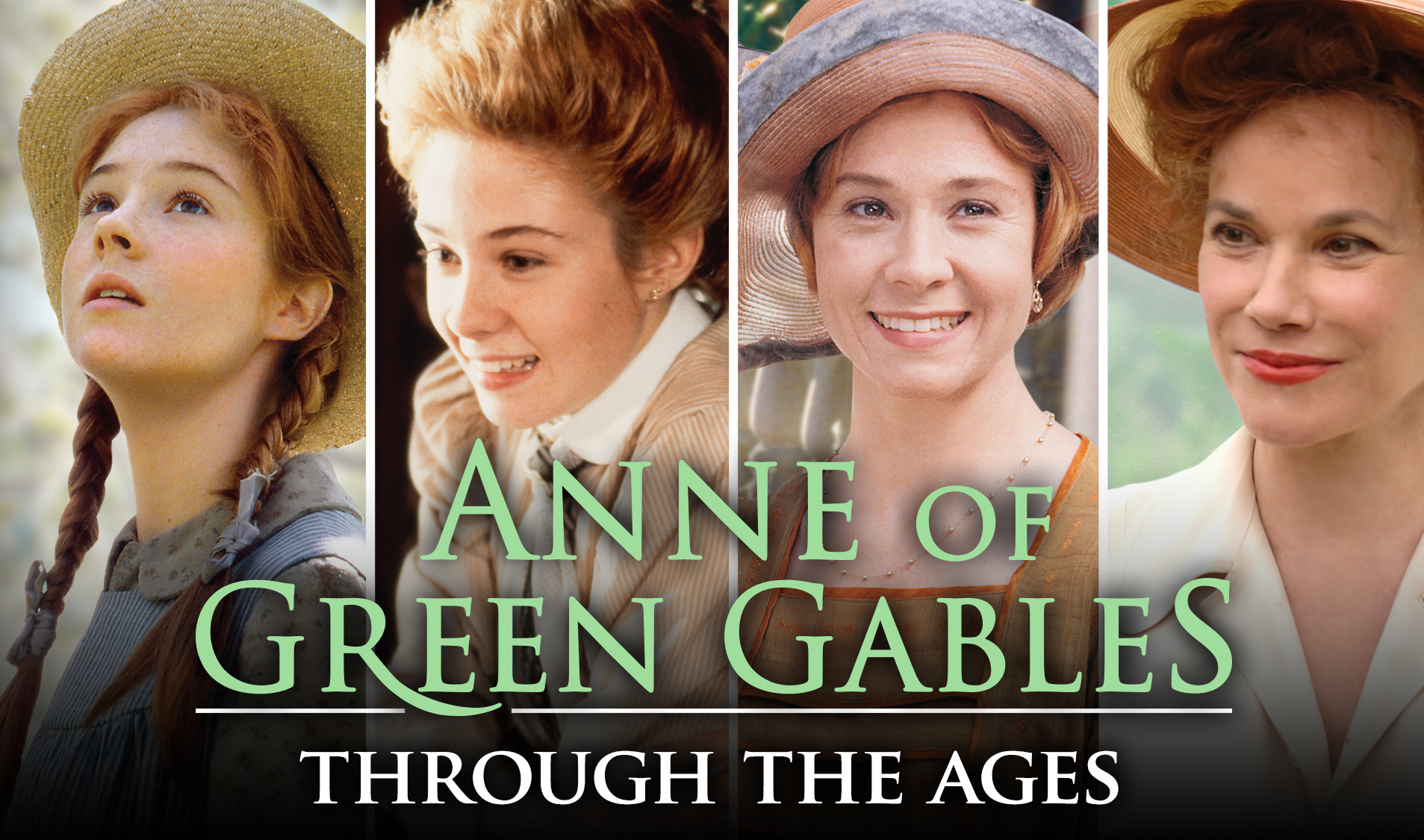 Anne of Green Gables is published by Lucy Maud Montgomery! After multiple rejections, Maud finally released the story of Anne into the world, and it was published by Page Company of Boston. It was an immediate success, selling just under 20,000 copies in under half a year!

As you may know, many of Maud’s personal attributes were interlaced into Anne of Green Gables. Maud’s father left her as a child and forced her to live with her grandparents in P.E.I.. Creating Anne Shirley may have been a way for her to cope with her loneliness and distant feeling of not belonging.

Maud continued to write many other books, continuing the story of Anne of Green Gables, totaling 11 books. Find Further Chronicles of Avonlea, Rilla of Ingleside, Anne’s House of Dreams and more here. In addition to her novels on Anne Shirley, Maud went on to publish a total of 20 novels, 530 short stories, 500 poems and 30 essays.

In 1919, Anne of Green Gables was made into a silent film. The film has been lost for many years but Jack and Linda Hutton, who own Bala's Museum with Memories of Lucy Maud Montgomery, have spent more than a decade tracking down old movie stills to create a PowerPoint presentation that brings the old movie back to life. Maud commented on the film saying that Anne "is very dainty, very pretty and utterly unlike my gingerly Anne."

One of the first releases of Anne of Green Gables through film occurred in 1934. The film was directed by George Nicholls Jr. and the main character of Anne, Dawn O’Day, loved her character so much that she changed her stage name to Anne Shirley (with an E of course)! Maud also commented on this production saying, “On the whole it is not a bad picture. At least the first two thirds. The last third is a silly sentimental commonplace end tacked on for the sake of rounding it up as a love story.”

Anne Shirley played her favourite character again in the 1940s production: Anne of Windy Poplars. Watch a scene from the movie here.

Anne of Green Gables becomes extremely popular in Japan after Hanako Muraoka received a copy from a missionary from New Brunswick named Loretta Shaw. Muraoka spent some time during the Second World War to translate the book into Japanese. The translation was eventually published in 1952 called “Akage no An,” meaning “Red-Haired Anne.”

Anne of Green Gables: The Musical has been named the longest running musical in the world by Guinness World Records in 2014. The performance is scheduled every year through Charlottetown’s Confederation Centre of the Arts.

Akage no An, known as, “Red-haired Anne,” is an animated television series, part of Nippon Animation's World Masterpiece Theater. There were 50 episodes produced in total, broadcasting the animated Anne Shirley. The first six episodes were edited together by director Isao Takahata into a 100-minute theatrical movie in 1989. However, the film had not been released until July 17, 2010.

One of the most famous adaptations of Anne of Green Gables was directed by Kevin Sullivan in 1985. The mini series starred a very talented cast including Megan Follows and Colleen Dewhurst. The series won 10 Gemini Awards, an Emmy and a Peabody Award among many others.

Anne of Avonlea (also known as Anne of Green Gables: The Sequel) is born! The movie follows the second, third and fourth books: Anne of Avonlea, Anne of the Island and Anne of Windy Poplars. Many of the same characters from the first Sullivan adaptation reprise their roles in this film.

Road to Avonlea, produced by Kevin Sullivan, was at first loosely adapted from books by L.M. Montgomery: The Story Girl, The Golden Road, Chronicles of Avonlea and Further Chronicles of Avonlea. These books contained the characters of Sara Stanley and Felicity, Felix, and Cecily King. In the United States, the TV show was picked up by The Disney Channel and was named Tales from Avonlea. There were 7 seasons and 91 episodes in total starring Sarah Polley, Jackie Burroughs, Lally Cadeau, Cedric Smith, Gema Zamprogna, Zachary Bennett, Mag Ruffman and more.

One of the best ways to appreciate the works of L.M. Montgomery is to visit the places she’s been! The Bala Museum officially opened on July 24th, 1992. Bala’s Roselawn Lodge was a two week vacation for L.M. Montgomery in 1922. The building is completely restored to capture the history of the 1920s. Many museums featuring Montgomery’s life began to pop up in Canada; the Bala Museum is only one of the many historical places capturing Montgomery’s life.

The L.M. Montgomery Institute is founded and housed in the Robertson Library at the University of Prince Edward Island. The Institute researches the life and achievements of Lucy Maud Montgomery. The LMMI holds conferences, focus groups and more each year.

The Continuing Story was the third Sullivan installment of Anne of Green Gables, which featured an older Anne and Gilbert trying to survive the hardships of the first World War. This was the last time Megan Follows played the role of Anne Shirley. This movie was an original story that no longer followed the books by L.M. Montgomery, written by Sullivan and Laurie Pearson.

The first episode of Anne of Green Gables: The Animated Series premiered in September 2001. Anne’s out of control imagination leads her through a series of adventures, which demonstrate important lessons in loyalty, resolving conflict, problem solving and friendship. There were 26 entertaining and educational episodes in total.

The last and final chapter of Anne of Green Gables directed by Kevin Sullivan was Anne of Green Gables: A New Beginning. This movie was developed for the 100th anniversary of the novels by L.M. Montgomery. It stars Hannah Endicott-Douglas as young Anne Shirley and Barbara Hershey as an older Anne Shirley. The story brings light to the chapter before Anne was accepted by the Cuthberts at Green Gables by using historical context of Montgomery’s past. It was not intended to follow the books.

In 2017, Netflix and CBC created Anne with an E, a darker, contemporary take on Anne Shirley, starring Amybeth McNulty. The series, now almost in its third season, was created by Moira Walley-Beckett. There are a few Avonlea star actors in the new series such as the producer, Miranda de Pencier, formally Josie Pye in Sullivan’s Anne of Green Gables, and R. H. Thomson, who played Jasper Dale in Road to Avonlea, stars as Matthew Cuthbert in this series. Many Anne-fans have criticized this new series do to the newfound story line from the books and the likeliness to the Sullivan mini series. However, other critics enjoy the newly defined Anne, intended for a younger generation with picturesque filming and social issues. The series won five Canadian Screen awards in 2018 and ended in 2019 after 3 seasons.

There have been many spin off stories since the original book by L.M. Montgomery like Back to Green Gables, Goodnight Anne, Maud and more. However one that really sparked conversation was Sarah McCoy’s Marilla of Green Gables. Based off extensive research, McCoy recreates Marilla’s life before meeting the life-changing Anne Shirley, including her relationship with John Blythe.

There are hundreds of adaptations of the Canadian classic Anne of Green Gables. From films, books, performances, museums and TV shows, the Anne Shirley everyone knows and loves will never be forgotten. Could it be because the story brings us back to a simpler, more innocent time? Or because Anne is the female heroine we all need in our lives? Either way, Anne Shirley holds a special place in everyone’s hearts.