Introducing The "Real" White Sands Hotel - Dalvay By The Sea 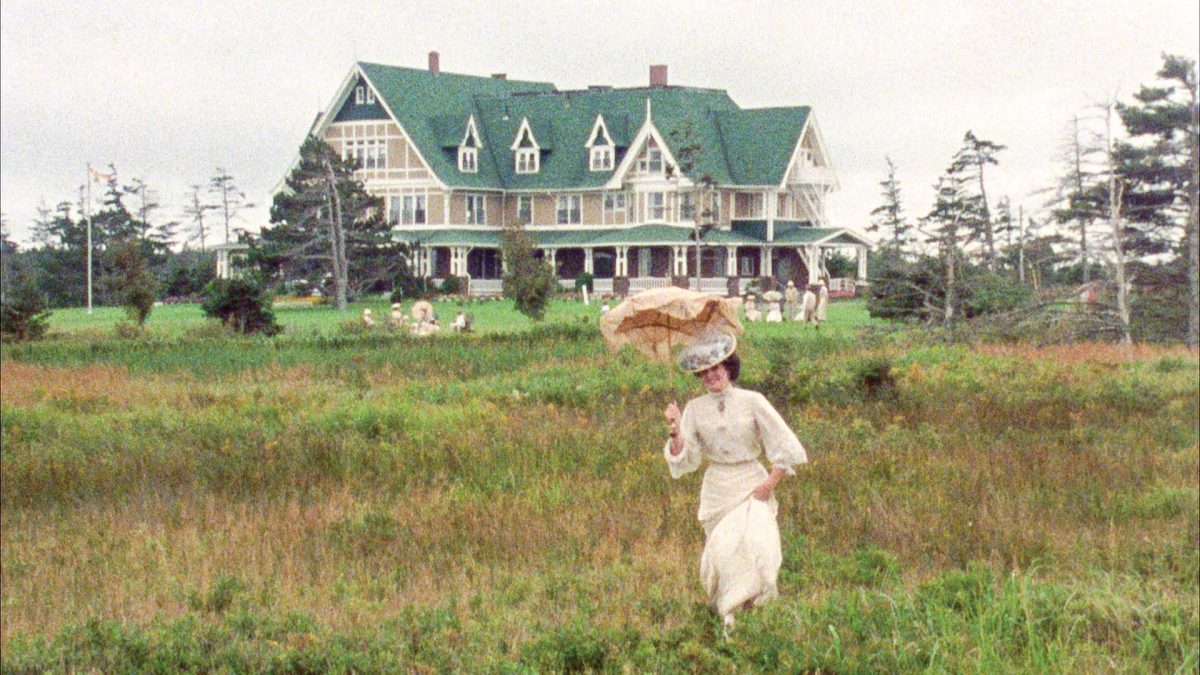 Those of you inspired to visit Prince Edward Island by Sullivan's Anne of Green Gables and Road to Avonlea , would no doubt love to stay at THE White Sands Hotel: Dalvay by the Sea. This article will introduce you to this beautiful hotel and help you plan your stay there!

The name of the hotel used to portray Avonlea's famed White Sands Hotel is actually Dalvay By-The-Sea and it lies approximately 25 minutes North East of Charlottetown, P.E.I.  Dalvay's first appearance as The White Sands came in  Anne of Green Gables: The Sequel when the wind sends the pages of Anne Shirley's novel blowing across the sand. As the sheets of paper flutter into the air, a beautiful seaside hotel can be seen in the distance. From that moment on The White Sands Hotel and Dalvay by the Sea became one and the same.

After Anne: The sequel, Dalvay by the Sea once again became The White Sands Hotel on Sullivan's Road to Avonlea. Over the course of seven seasons, The White Sands appeared in so many episodes it became almost a character unto itself. Countless memorable scenes including both the regular cast and guest stars alike took place in the White Sands Dining Room, Kitchen, corridors and rooms.

A Piece of History

The house was originally built in 1895 by Alexander MacDonald, who was a successful businessman and former president of Standard Oil Company with John D. Rockefeller. Having left his native home of Scotland to seek his fortune, MacDonald traveled a great deal for business before eventually marrying his wife Laura Palmer in 1862. After losing their first born and only son, the pair decided to take a long extended vacation and decided to visit Prince Edward Island. They brought their young daughter Laura with them.

MacDonald became enraptured by the Island, and quickly decided to purchase 120 acres of land on the north shore. Building began in 1895 and was complete four years later. He decided to name the property "Dalvay By-The-Sea"  after his boyhood home in Scotland. The family spent summers in their childhood home, spending upwards of $10,000 a year on operation fees (butlers, servant, housemaids, cooks, caretakers,etc.).

During his last visit in 1909, Alexander was not well. When he had to leave at the end of summer and return for business to America, he requested that the horses stop for a moment. He stood alone for a while quietly gazing at his beloved house. He said quietly, "Good-bye Dalvay." Several months later, he died in 1910 in Long Beach, California and never was able to return. The family turned over the rights of the property to PEI Parks Canada in the 1950s, and since it has become a historic property operated now under DP Murphy Hotels & Resorts.

The hotel offers 25 guest rooms within its Main Inn, all which are furnished with period antiques and decor. Eight, three-bedroom cottages located adjacent to the inn are also available offering guests beautiful vistas of the ocean, lake, and manicured grounds. There are no televisions, phones, or radios offered in the Main Inn guest rooms to ensure a TRUE relaxing getaway. The cottages do offer satellite television. A guest computer is located in the front office for e-mail and web use, and is complimentary for guests. Wireless internet is offered throughout the whole property.

Restaurants and Places to Eat

Dalvay offers a unique dining experience that includes not only ambiance but also a personal touch. The main dining hall is open to house guests and the public for all meal services. Breakfast is offered between 7-10am, afternoon tea between 2-4pm (in July and August), dinner between 5:30-9:30pm, and the lounge is open between 2-11pm. Dalvay is renowned for it's menu that offers wonderful seafood, meat and vegetarian dishes that are sure to please even the most discriminating palette.

The Road to Avonlea Package

What are you waiting for?

Well - now that you've been introduced to the "real" White Sands Hotel, it's time to go see it for yourself! Happy vacation planning, and we hope your family has an amazing time exploring Anne's beautiful island.

All of your favourite Anne of Green Gables and Road to Avonlea episodes are available on DVD at shopatsullivan.com.