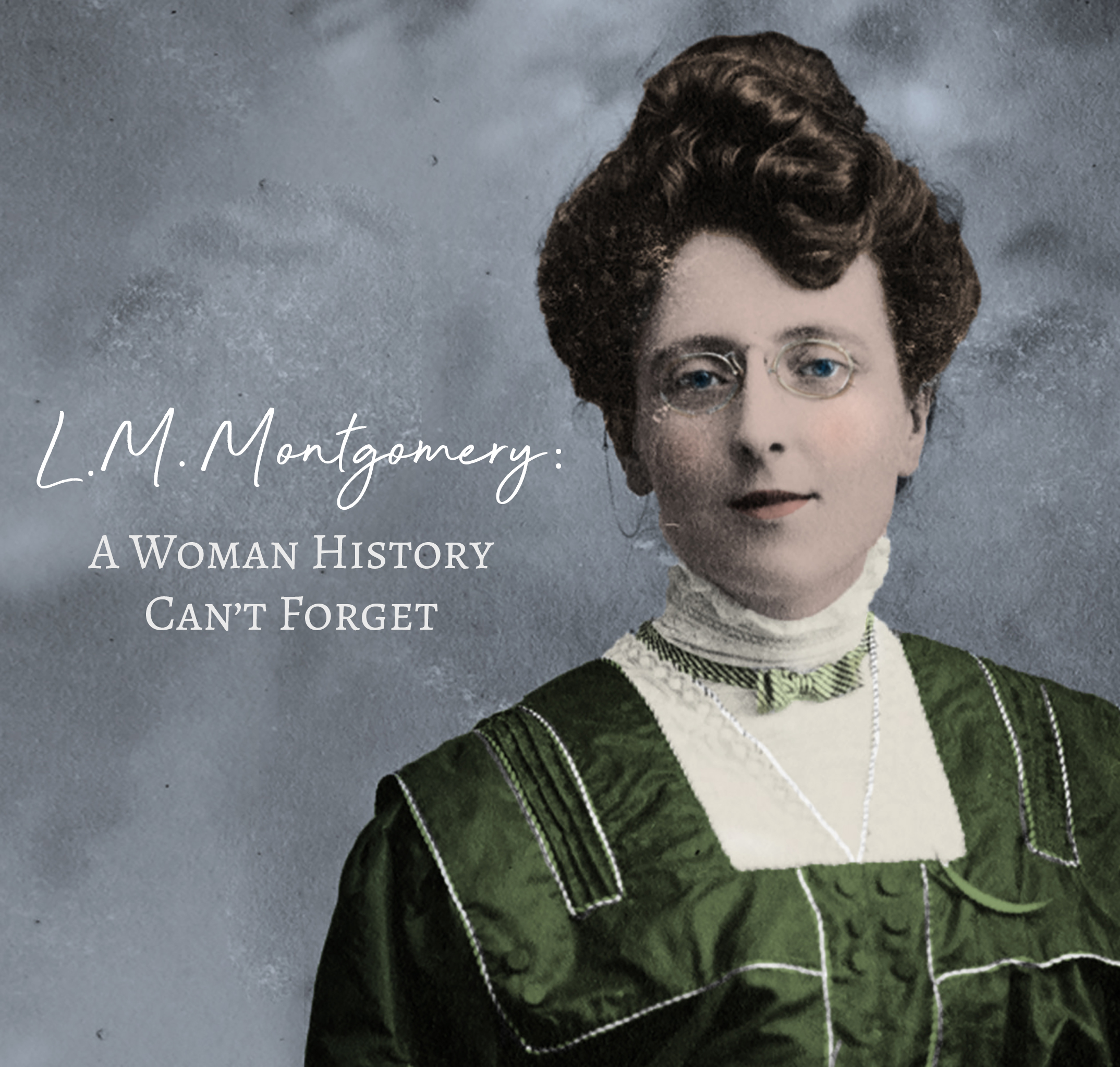 L.M. Montgomery was a prolific writer, and through her writing, an advocate for rights for women.

Montgomery’s views can be seen through the tenacity of her characters, like Anne Shirley- who defied the expectations of women during the time period.  Anne became a teacher, attended college, then became a writer.  She followed her dreams even through her years of motherhood, much like Montgomery herself would come to do.

Montgomery’s ambitions to be a writer clashed greatly with the cultural norms that existed in the late 1800’s and early 1900’s. Women could not vote, they could not own property, they did not go to college and they certainly could not be published authors!

She didn’t let any of these expectations stand in her way. She knew what she wanted in life and she was not going to let anyone tell her that she couldn’t accomplish what she knew she could do. Even when rejection came knocking, she was firm in her belief of what life held for her....

"down, deep down underall the discouragement and rebuff, I knew I would 'arrive' someday."-L.M.Montgomery

Montgomery convinced her grandparents to let her attend Dalhousie University in Nova Scotia Canada in order to study Literature. This certainly broke convention at the time and no doubt scandalized her Cavendish neighbours!

Between the years of 1897 and 1907, she wrote and had published over 100 short stories, gained her own income and set on her path to becoming one of the most prolific authors the world has known. In 1908, Anne of Green Gables was published to critical acclaim. It was followed by 20 more books by Montgomery, all featuring girls and women who in some way, defied expectations of the time.

Montgomery’s leading ladies were not satisfied with simply being married; they were adventures, writers, teachers and political advocates. They were also outcasts who forged their own way in a world dominated by men and rebuked the expectations of a patriarchal society. Much like Montgomery herself.

Her contributions to literature have withstood the test of time. Her work speaks to so many because she knew what it was like to have to work hard. To be thought of as weaker and to have to prove that you are more than what society expects of you.

Take some time to explore the life of L.M.Montgomery, her motivations for writing and her contribution to not only Canadian heritage, but also women’s heritage.  The documentary "Spirit of Place" is an interesting overview of Montgomery's life as a writer in that time.

You can watch the documentary all about L.M. Montomery's life on GazeboTV.com