Sullivan Entertainment: Through the Years 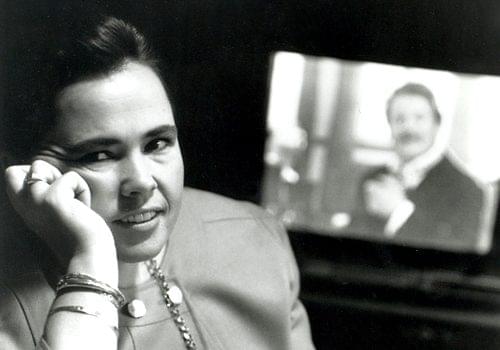 A BRIEF history of Sullivan ENTERTAINMENT

Founded in 1979, originally as Sullivan Films Inc, by Kevin Sullivan and Trudy Grant, Sullivan Entertainment has been a bastion in family programming.


Sullivan’s first dramatic offerings included The Fir Tree, an adaptation of the Hans Christian Andersen fable, and Kreighoff, a docudrama special that profiled the life of the Canadian Artist Cornelius Kreighoff. Both Kevin Sullivan and Trudy Grant did double duty for that film, not only writing, producing, and directing, but also stepping in to play some of the characters! Kreighoff received international acclaim and set a precedent that would follow in all of Sullivan’s productions.


In 1980, Kevin Sullivan wrote, produced and directed Megan Carey, a short film about a young Irish immigrant indentured on a farm in 19th century Canada. This was followed two years later by Sullivan Films’ first feature, The Wild Pony. This wonderful film, starring Marilyn Lightstone, who would go on to appear in several Sullivan productions including Road to Avonlea, has the distinction of being the first feature-length movie to be made exclusively for pay-TV in Canada (videoage, July 1987). The Wild Pony was a critical hit and one of the major contributors to the family-oriented aesthetic that Sullivan Films was starting to build as the backbone of their productions.


In 1984, Kevin Sullivan purchased the rights to the Canadian classic Anne of Green Gables, little knowing just what an impact his proposed mini-series would have on viewers. “People were genuinely moved, they were emotionally involved,” said Sullivan in a 1987 interview with Millimeter, “I never guessed this would be the award-winning production it turned into.”

Sullivan admits that while he remembered the story from his youth, it was Trudy Grant that pushed for him to make the mini-series. “After my wife had insisted I consider making a film version, I embarked upon reading the novel as an adult…I wanted to approach the task of turning the novel into a screenplay, not as a fan, but as an interpreter,” Sullivan wrote in his book Anne of Green Gables: A Journey.


The production itself was backed by Telefilm Canada, CBC, PBS/Wonderworks, West Germany’s ZDF and City TV. The mini-series transformed its leading actors into household names and introduced Anne Shirley to a new generation. It was followed two years later by Anne of Avonlea (at the time called Anne of Green Gables: The Sequel), which according to an interview Trudy Grant gave in 1987 to Playback, Canada at Mipcom, was poised to appear in “every country that has TV sets”.


The critical success of the first two Anne of Green Gables mini series, was followed by two more literary adaptions, Looking for Miracles and Lantern Hill. It was then that Sullivan began to consider the idea of revisiting the world of Avonlea, albeit in a new light.


In the book, Anne of Green Gables: A Journey, Kevin Sullivan says that he became interested in creating a dream-world set in Prince Edward Island, that would be an antidote of escapism from the contemporary world. He wanted to produce a series that would appeal to men, women and children of all ages. This formula proved to make for television gold, with the Anne of Green Gables spin off television series, Road to Avonlea running for seven seasons and ending with a heartwarming Christmas film, An Avonlea Christmas .

Avonlea introduced many young Canadian actors, including Sarah Polley and Zachary Bennett, to the world and it also assembled a highly talented cast, including the likes of Jacque Boroughs, Cedric Smith, Marilyn Lightstone, and R.H. Thomson. Many of the cast lent their talents to Sullivan’s epic six-hour mini-series, By Way of The Stars, the story of two children and their heroic adventure across the North American frontier.


During the final years of production of Road to Avonlea, Sullivan and Grant turned their minds toward producing another show, different than anything they had done before. Kevin Sullivan looked to the writings of Canadian Author Max Braithwaite for inspiration, and to tales that had been passed down through his own family and began to bring together a story about a Canadian family during the Great Depression.


The fruits of these labours, Wind at My Back , set a new tone in Sullivan productions and moved audiences away from the pristine idyllic world of Avonlea, PEI and into the starker and more identifiable world of New Bedford, Ontario. Wind at My Back ran for five seasons, chronicling the life of the Bailey-Sutton family and ended in 2001 with the film A Wind at My Back Christmas.


After the premier of The Continuing Story and the end of Wind at My Back, the company turned their focus towards creating more inspiring and dramatic fare, including The Piano Man’s Daughter, based off the acclaimed Canadian novel by Timothy Findley, starring Stockard Channing and Wendy Crewson, as well as Mozart’s Magic Flute Diaries and Anne of Green Gables: A New Beginning.


The last film that Sullivan Entertainment released, was the eye-opening documentary Out of the Shadows, which details the ground-breaking scientific techniques used to uncover a hidden Rembrandt painting.


Currently, Kevin Sullivan and Trudy Grant have turned the company's focus towards bringing their films to a brand-new digital platform, GazeboTV, allowing access to the full Sullivan library of films, mini series, series, and documentaries worldwide. Over the next year, GazeboTV looks to bring fans the best viewing experience possible for the classic Sullivan programming they have come to know and love.