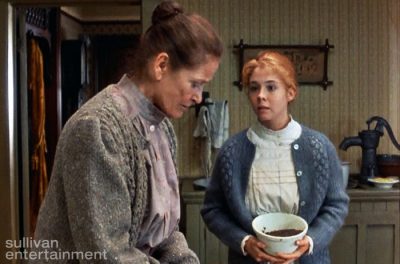 The dynamics of the relationship between Anne and Marilla are pivotal to the overall arc of Anne of Green Gables. By the end of the first film the two characters share an inseparable bond. Did you know the actors, Megan Follows and Colleen Dewhurst, also shared a special relationship?

While filming Anne of Green Gables Colleen Dewhurst and Megan became good friends. They would share secret glances, lots of laughs and improvise their way through forgotten dialogue. Megan attributed much of the comfort she felt in the role as Anne to the laughs she shared with Colleen.

Check out the following interview where Megan talks about laughter on the set of Anne of Green Gables: