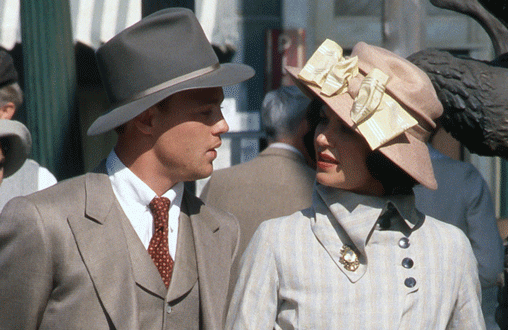 We know that fans of Anne of Green Gables have a particular taste when it comes to their Period Drama offerings. It’s been our experience that much like Anne Shirley, they are as “intense in their hatreds as in their loves.” We feel the same way and so we are very picky about the stories we choose to tell as well as in the ones we decide to include in our shop offerings. With that in mind, we have come up with a list of some great Period Dramas that we think Anne fans are sure to enjoy. Some of them are our own, films and shows that came into being after Anne, and some are ones that we have seen recently and thoroughly enjoyed!

By Way of The Stars:

This miniseries, which is six parts, is something we did back in 1993 during the Avonlea days. It stars Zachary Bennett and Gema Zamprogna of Road To Avonlea and is the  story of the tumultuous journey of Lukas Bienman (Zachary Bennett). The story begins in 19th century Prussia, where Lukas works as an indentured servant. Through a series of mishaps, Lukas is separated from his family, some of which have gone to America, and finds a dangerous enemy in a terrible Prussian Count. To evade the Count, Lukas escapes to America by befriending a young Baroness named Ursula (Gema Zamprogna) and once they arrive, they set off on a perilous journey that takes them across the American Frontier. Together, they face unthinkable obstacles to reunite with their families.

This 1989 film is based off of another of L.M. Montgomery’s works “Jane of Lantern Hill” and is another of our post Anne works. It tells the story of Jane Stuart, who has long thought her father dead. When it is revealed that he is very much alive and he resurfaces to reconcile his troubled past, She discovers a kind man, genuinely interested in both her and her mother's welfare. With the assistance of a powerful mystic played by Anne of Green Gables’ Colleen Dewhurst , Jane resolves to reunite her parents despite the horrible forces that stand in her way.

Another of our post Anne of Green Gables drama offerings, Looking For Miracles features some familiar faces for fans of Anne and Road To Avonlea and is the story of Ryan Delaney, an enterprising young man of sixteen who is determined to make a better life for himself, his younger brother, and his struggling single mother. Upon winning a scholarship to university, he must still find a way to raise the rest of the money he’ll need. Despite being too young, having no experience, and a fear of water, Ryan manages to get a job as head counselor at Camp Hochelaga. In a brief moment of compassion, Ryan arranges to have his pesky brother Sullivan  accompany him to camp as long as he fends for himself. What follows is a summer filled with disaster, adventure and ultimately, triumph.

This British series, while short lived, was beautifully acted. The Crimson Field is the dramatic story of a team of Doctors, Nurses, and Volunteers who work together to care for the wounded in the trenches of WWI. The Hospital they inhabit is a frontier between the battlefield and home front, between the old rules and a new way of thinking. Through the series we see the changing of class distinctions and a new era dawning.

And Then There Were None:

This British drama is a little different then what we would normally recommend, but it is so well acted, the story so engaging, that we knew it would be appreciated by our fans. As seen on the BBC this past year, and based off of Agatha Christie's masterpiece Novel, And Then There Were None is the story of ten strangers who are invited to an Island by a mysterious host, and start to get killed one by one.They know that the Killer must be among them; but who could it be?

This wonderful British series is set to go into its second season this Autumn, and has been called lush and rousing. Again, the acting is just superb and the story is so engaging. Poldark is the story of a man who returns home to Britain after the American Revolution, only to find himself betrayed by everything and everyone he loves. He must rebuild his life, embarking on a risky business venture, and along the way finds love where he least expects it.

What Period Drama's have caught your fancy lately? You can find all the above titles when you Shop At Sullivan.