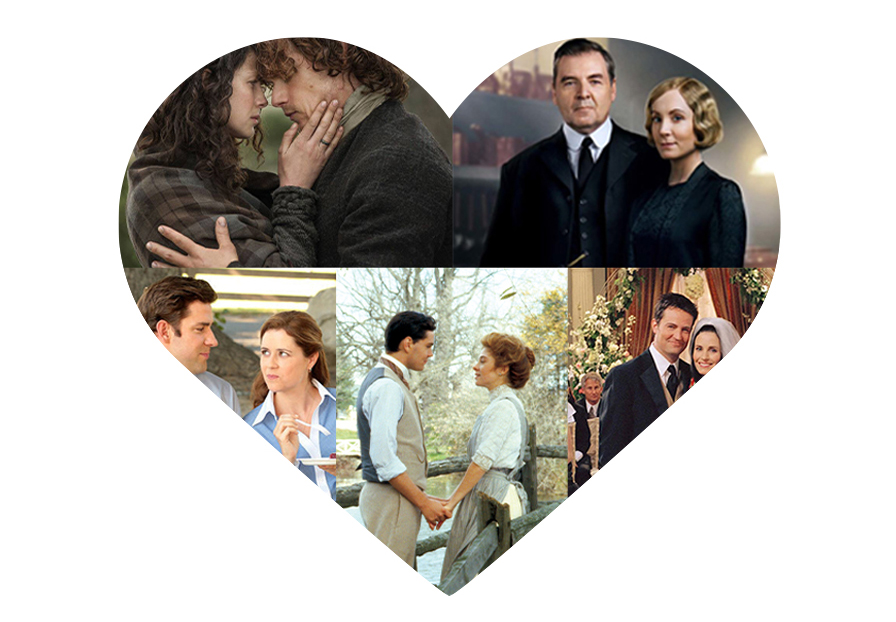 Throughout the last almost 100 years of television, many adorable twosomes have graced the our screens. But some lovebirds have stood out more than others. These iconic couples continue to be talked about, even after their TV shows have ended. Whether you relate to them, adore them, or think they are #couplegoals, these dynamic duos have stolen our hearts!

Here's our list of the top five iconic TV couples in the past century:

It was love at first slate for these two! Anne's hair may be the colour of carrots, but her heart is pure as gold. Gilbert took notice immediately and continued to pursue her, even on his (almost) deathbed. Watching their relationship blossom and mature over the Anne of Green Gables trilogy made it so much more meaningful when they finally... [SPOILER ALERT!] …got married!

Anna and Bates certainly didn’t have the easiest of courtships, with Bates going to prison and being put on trial for murder, and Anna being assaulted just when they thought their stars had finally aligned. Their love and dedication to each other through all the hardships life threw at them was inspiring to those around them, as well as to the audience watching. When they finally were able to get married and start a life together, there was not a dry eye to be seen!

Claire and Jamie’s romance spans centuries and continents, enduring through imprisonment, war, separation, and mistaken death. When they were first married, they hardly knew each other – but their love and dedication to each other quickly bloomed as they navigated the intricacies of a Scotland that was on the verge of war with England. Despite everything they had gone through, they realized that if they stick together, themselves and the family they had built can get through any hardship!

Jim and Pam’s relationship may have started off as just coworkers, but their shenanigans and adorable moments made them an instant couple to root for. Jim said he knew he wanted to marry Pam from the moment he met her. To fans, their romance was palpable from the very beginning, with constant flirting and inside jokes. But Pam’s engagement to Roy was a roadblock that held Jim back, until he couldn’t go on any longer without admitting his feelings. Eventually, Pam realizes that Jim is her soulmate. Everyone in the office celebrates the couple's love in their own weird way. The pair go on to build a beautiful – yet goofy – life together. PB and J truly are #CoupleGoals!

Often people will fall in love first, and become best friends later. But Monica and Chandler had been friends for years before they began to express feelings for each other. Everything in their relationship happened out of order, from the first time they slept together, to the vows at their wedding. Despite Chandler’s fear of commitment and Monica’s OCD tendencies, the pair finally made it to the altar in Season 7, Episode 23: "The One With Monica And Chandler's Wedding." And unlike Ross, they never went back!