From corsets and petticoats to lace and puffed sleeves, fashion has changed a lot over the years. Dresses have always been a symbol of status and wealth.  Let's take a closer look at the Victorian and Edwardian dress patterns that inspired costumes from classic Canadian television shows like Anne of Green Gables, Road To Avonlea, and Wind At My Back.

This 1905 Dainty Gown is one of the dress patterns that inspired the bridesmaid outfit that Anne Shirley wore to Diana Barry's wedding in Anne of Green Gables: The Sequel. Accurate for the times, Anne's outfit includes accents like strings of pearls, floral designs, lace, and ribbons. Naturally, Anne looks wonderfully elegant in a dress with puffed sleeves! Gowns in this style were often made using shirred silk and lappet in the early 1900s. 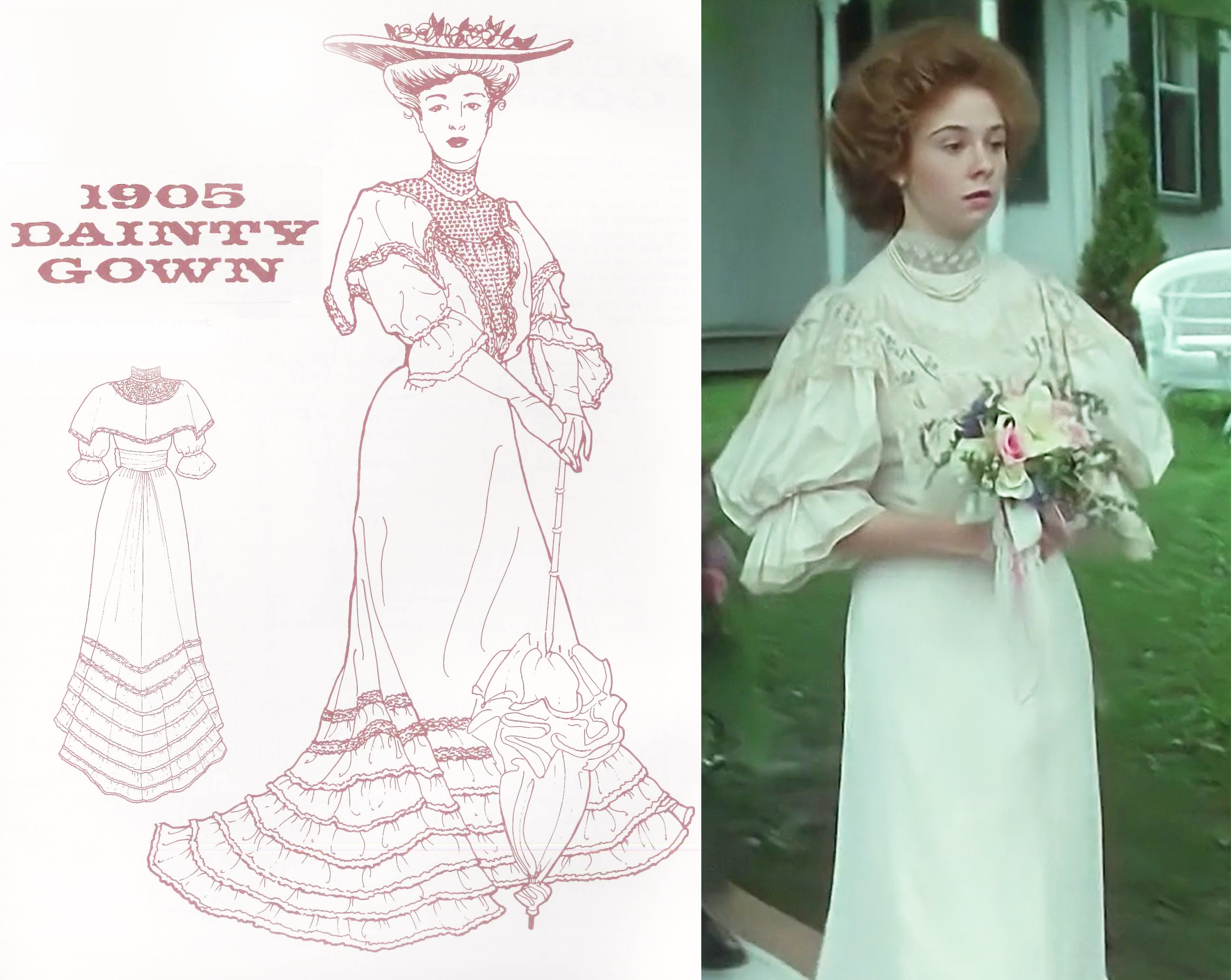 Fancy promenade suits were popular day-wear for women in the late 1890s. Women who wanted to make a statement when they left the house would don this stylish attire. This pattern is an example of outfits that the ladies in Road To Avonlea often wore, like the stylish Olivia King. Some common fabrics used to make an outfit like this include velvet, needlepoint lace, and silk. The jacket is similar to a classic bolero and the skirt features a bias flounce. 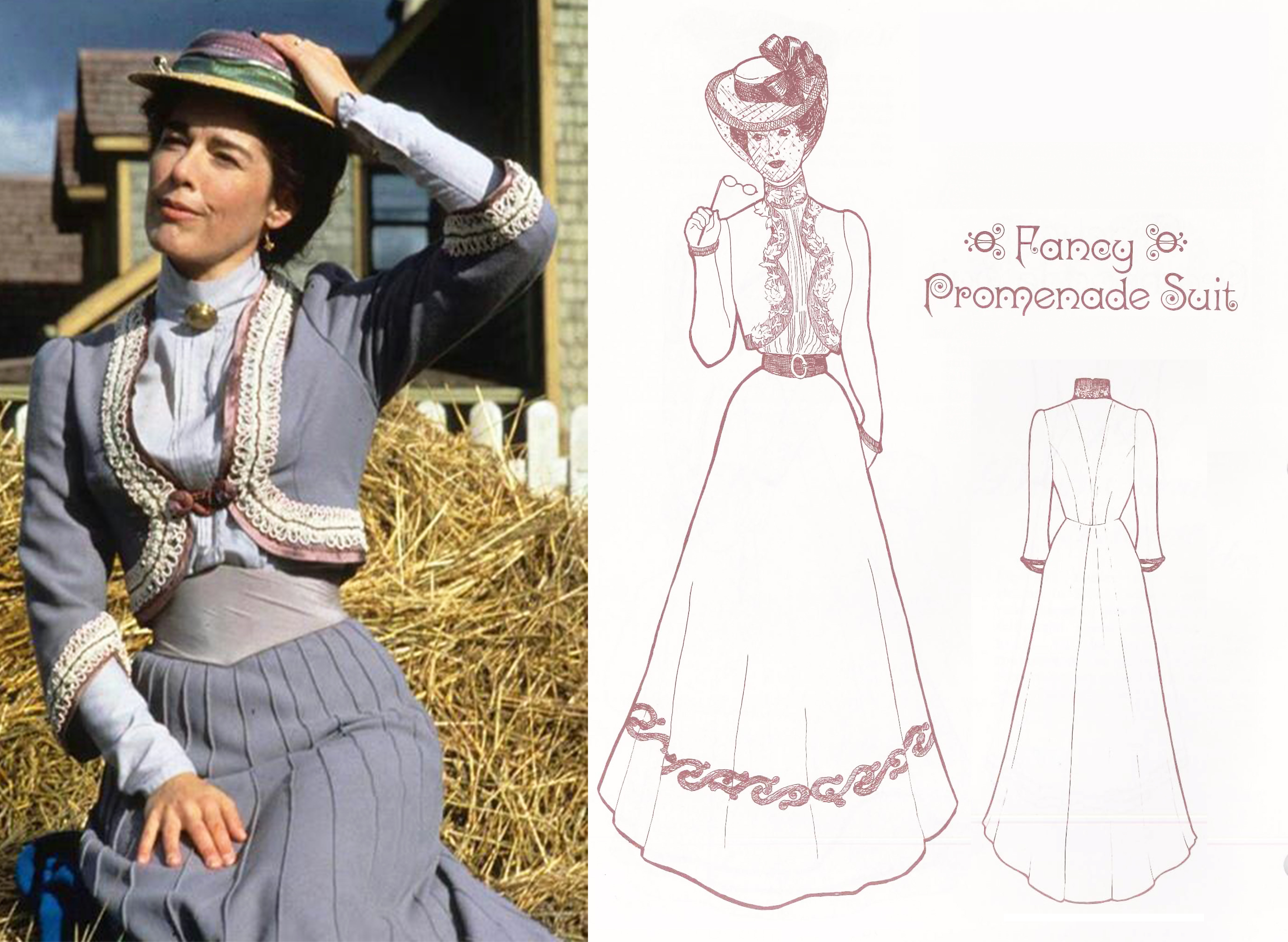 Speaking of Olivia, her wedding dress was a stunning masterpiece. In Road To Avonlea season 3 episode 1: "Ties That Bind," the gown was ordered from a catalogue company, but the wrong size dress ended up being sent to the local general store! When Olivia's sister Hetty finally got the right size dress, it fit Olivia perfectly and she looked magnificent. Her dress was inspired by this 1893 wedding gown, which is made of heavy cream silk satin lined with cream silk broadcloth. The dress features large puffed sleeves, which were considered high fashion at the time. 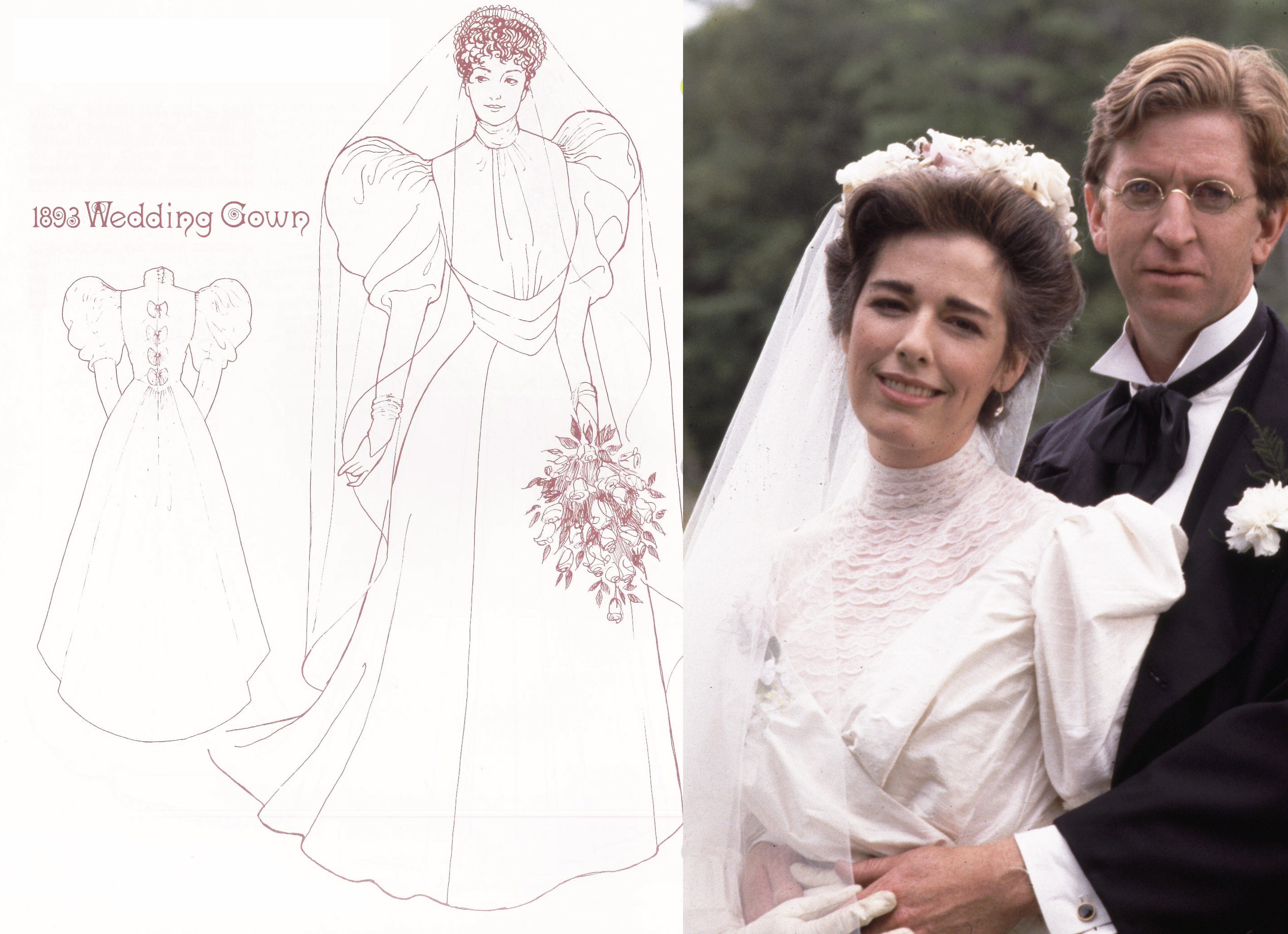 Another popular type of dress in the early twentieth century was the slip-on day dress. These chic patterns from 1926 influenced many of the costumes that Grace Bailey wore in Wind At My Back. These dresses typically featured a round neck with a three-piece circular cape and either long or short dart-fitted sleeves. 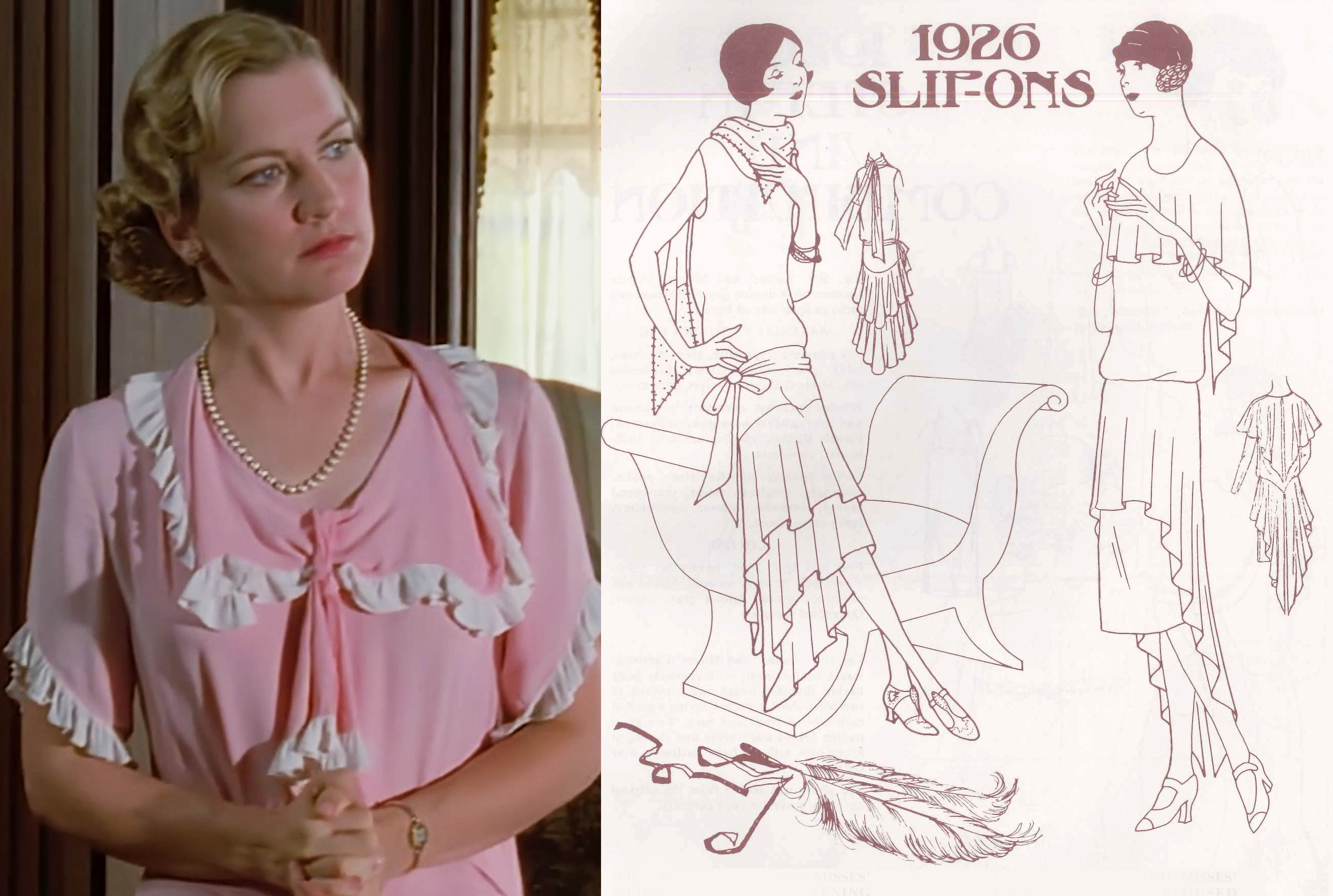 Looking at these vintage dress patterns, it's easy to see the similarities between the style of the patterns and the actual costumes used in Anne of Green Gables, Road To Avonlea, and Wind At My Back. Martha Mann, the famous costume designer behind Sullivan Entertainment, meticulously designed all of the costumes for these unique period productions. Learn more about her below!

You can style your own outfits based on your favourite characters! If you want to look like Anne Shirley, don an Anne Hat with Red Braids. You can even make your own wedding dress based on Anne Shirley's bridal gown. Find Anne's wedding dress pattern on Shop At Sullivan, as well as many other themed products. 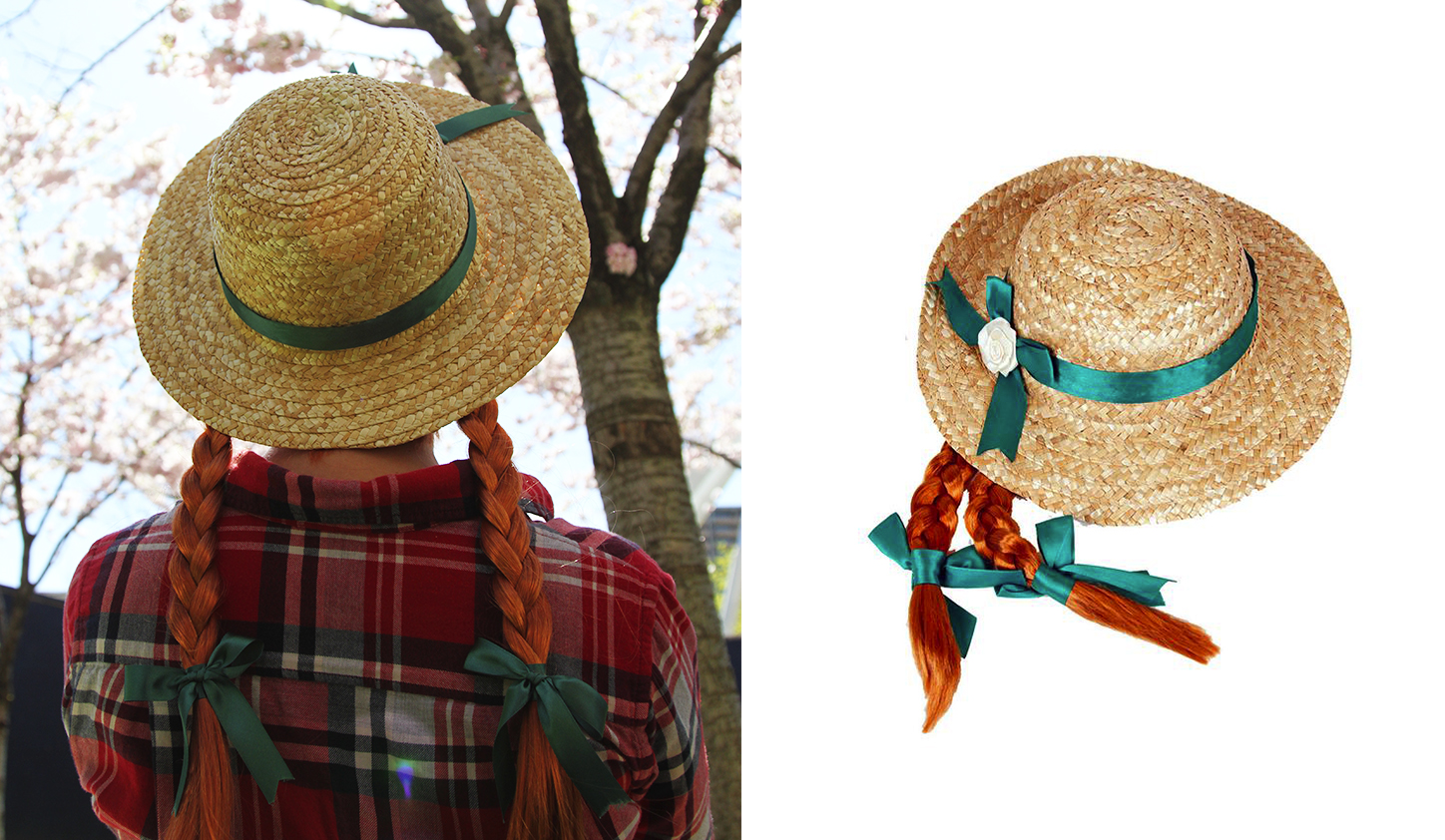