When Kevin Sullivan directed the Anne of Green Gables miniseries, as well as the TV series Road To Avonlea, he used a few characters in both productions to help maintain the time frame. Marilla Cuthbert, Rachel Lynde, and Gilbert Blythe are the most recognizable characters featured, but there are also some actors and actresses that appear in both productions, playing different characters in each, like Mag Ruffman (who played Alice Lawson in AOGG and Olivia King in RTA), and David Fox (who played Gilbert's father John Blythe in AOGG and Clive Pettibone in RTA).

If you've watched the Anne of Green Gables films, Road to Avonlea is a natural accompaniment, sharing a sensibility that is hard to find. Both productions are based on Lucy Maud Montgomery's novels, however,the timeline might be a bit confusing, because it deviates from L.M. Montgomery's written timeline. If you have watched both and are trying to piece it all together, our timeline below is sure be helpful! 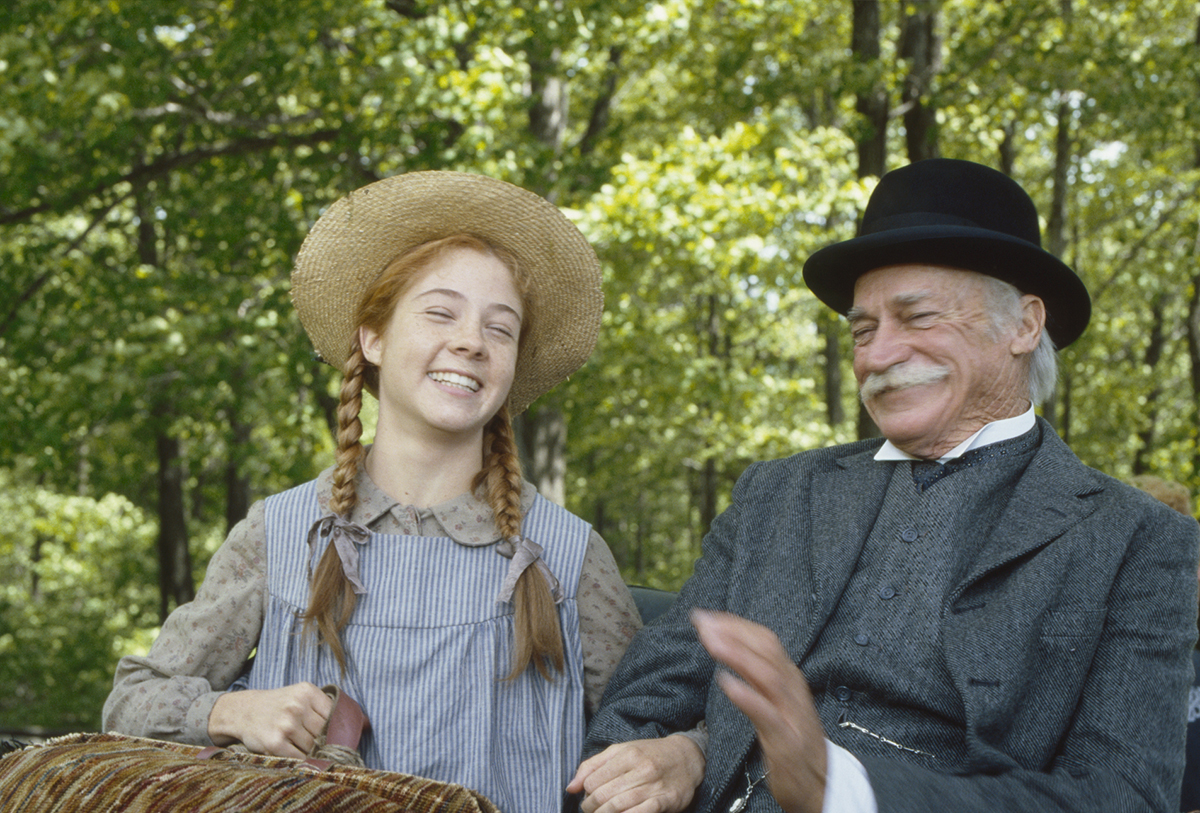 1901: Anne is sent to PEI to be adopted by the Cuthberts

Matthew and Marilla Cuthbert wanted to adopt an orphan boy to help them tend to their farm as they got older. Instead, they received a rambunctious, spirited girl orphan named Anne! Anne becomes bosom friends with Diana Barry and meets an attractive boy named Gilbert Blythe, who teases her. She begins a beautiful new life at Green Gables, for the first time having a real home and people on whom she can rely.This all takes place in the first Anne of Green Gables film. 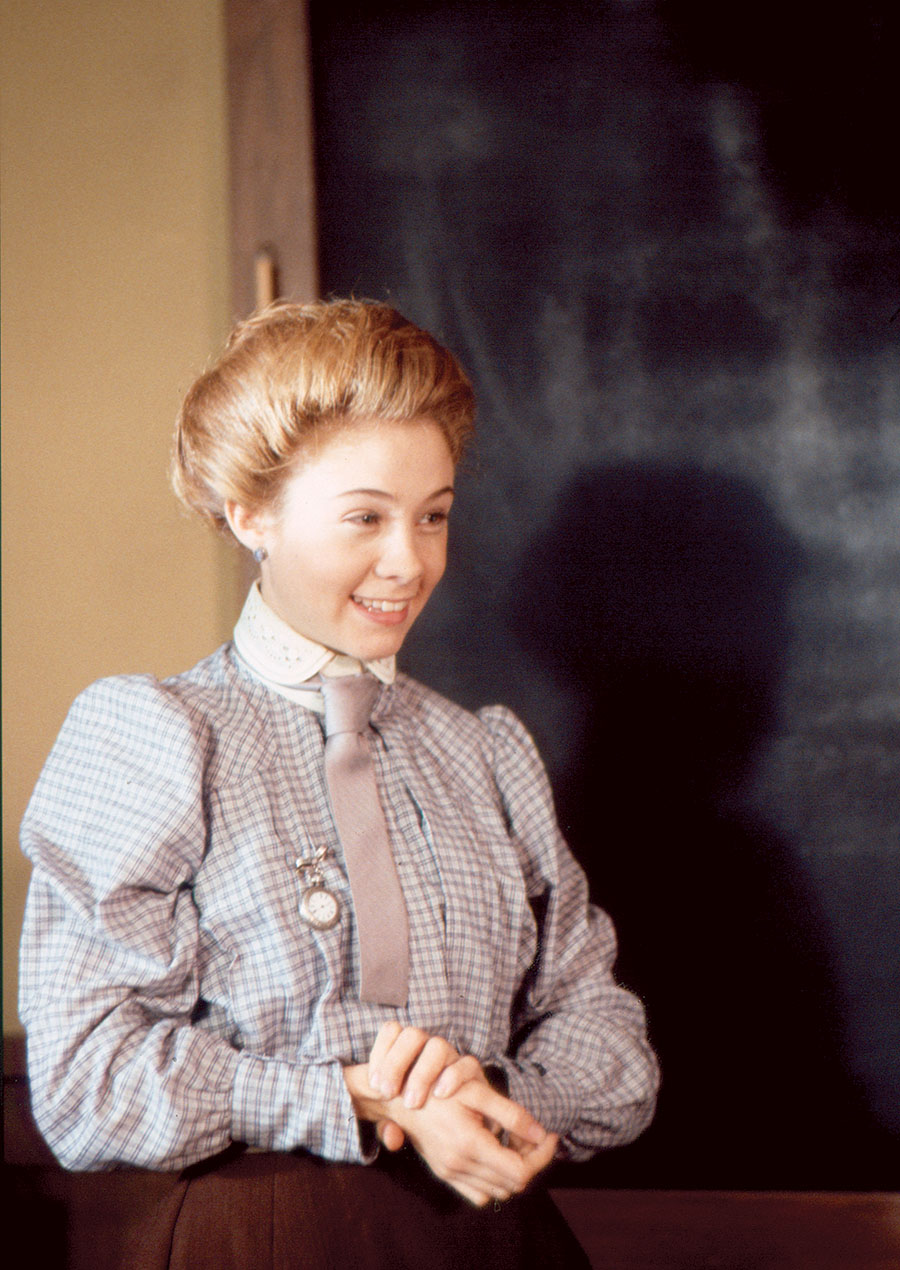 1905-06: Anne wins a scholarship and begins teaching in Avonlea

Anne attended Queens College,where through dint of hard work she won the Avery Scholarship and when she returned to Avonlea, she was graciously given the position of Avonlea School Teacher. Following this, she taught at the Kingsport Ladies College in Nova Scotia. There, she confronted a strict teacher, became friends with some of her students, and met a new beau named Morgan Harris. This all happens towards the end of Anne of Green Gables and throughout the second film, called Anne of Green Gables The Sequel or Anne of Avonlea. 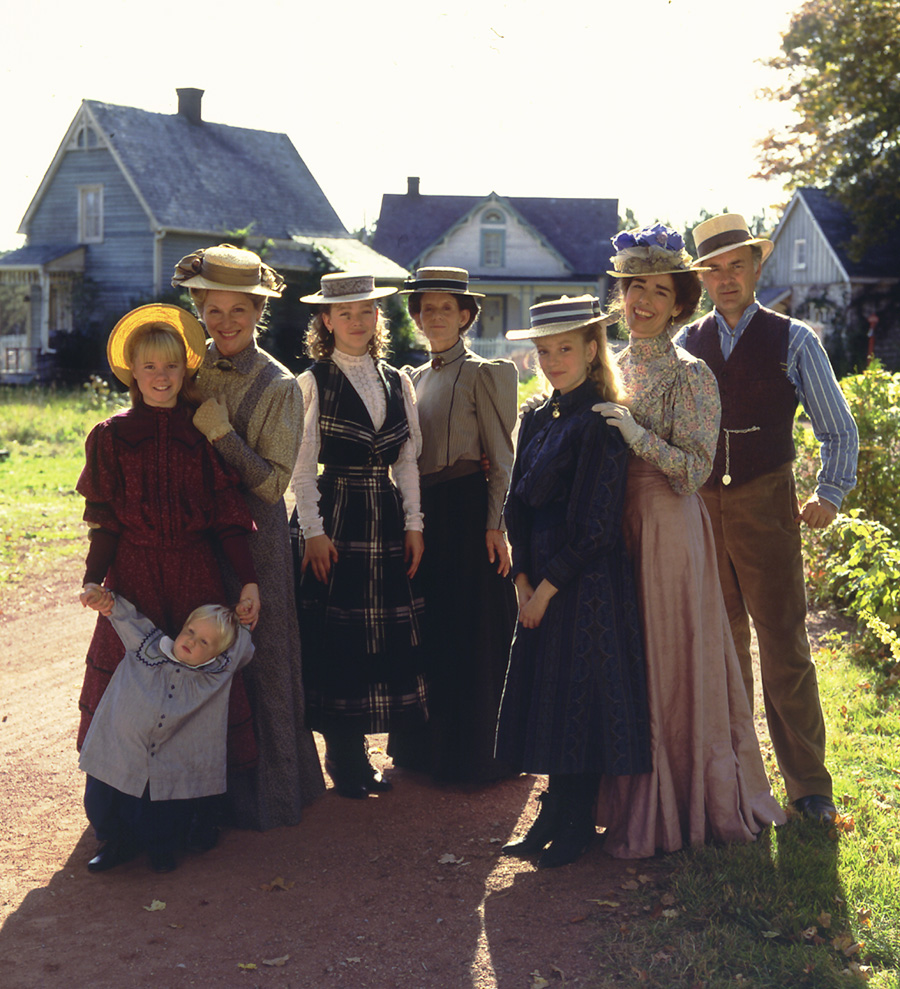 In 1907 Anne and Gilbert Blythe become engaged (as seen at the end of Anne of Avonlea) and in Road to Avonlea, Marilla and Rachel Lynde adopt the rambunctious twins Davey and Dora Keith. This is also the year that Sarah Stanley is sent to Avonlea PEI (In Road to Avonlea) to live with her relatives, the Kings. She moves into Rose Cottage, the home of her Aunt Hetty and Aunt Olivia and meets her Uncle Alec and his family,including her cousins Felix, Felicity and Cecily. The seven seasons of Road to Avonlea cover the years 1907-1911 and we are introduced to the entire King family, as well as the spirited and uniquely opinionated townspeople of Avonlea, Prince Edward Island. These seven seasons mark marriages, births and deaths, including the passing of the beloved Marilla Cuthbert, and bring us close to the start of WWI. 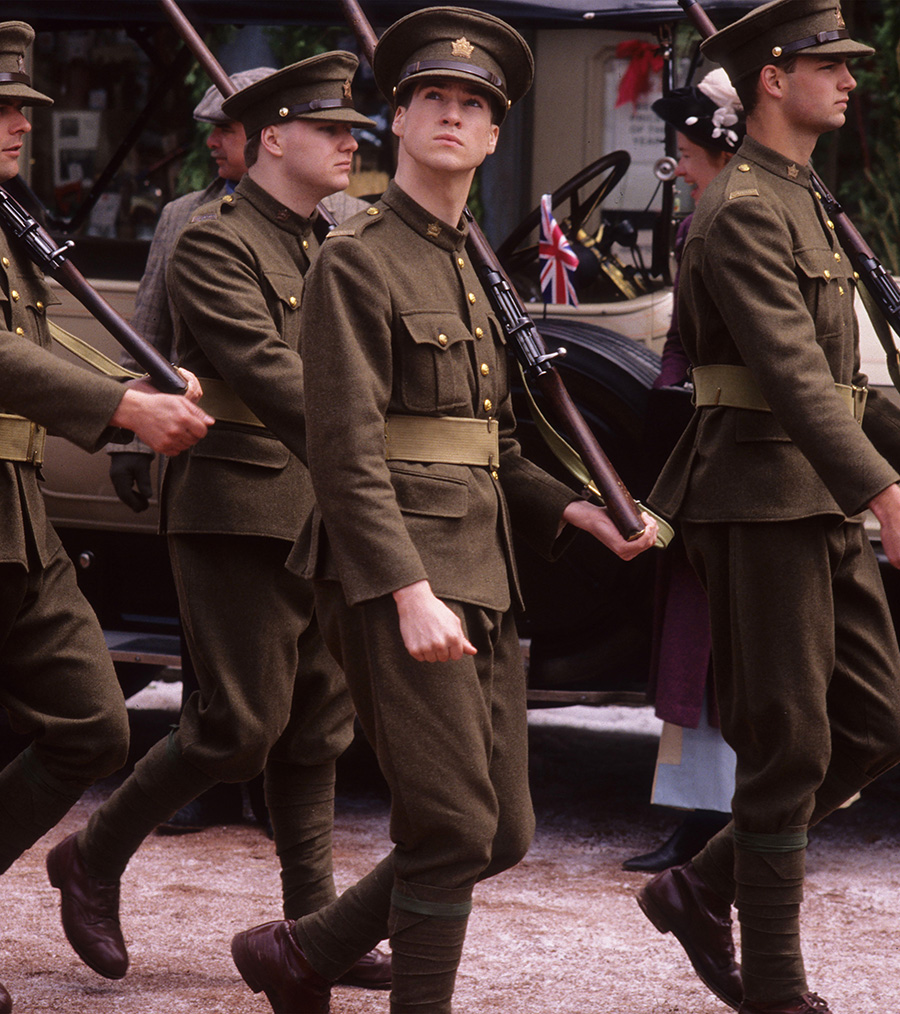 1911 is the year that opens Anne of Green Gables The Continuing Story. Anne and Gilbert, still engaged, go to New York-he to work as a doctor and she to write and work for abook publisher. In Road to Avonlea, Felix King joins the Navy and Gus and Felicity are married. Anne and Gilbert return to Avonlea in 1914 and after they are married, Gilbert enlists in WWI and is sent to the front to work in the triage hospitals as a doctor. Felix King also enlists as a soldier and goes off to France; shortly before Christmas of 1917 Felix  goes missing in action and Anne stops hearing from Gilbert. 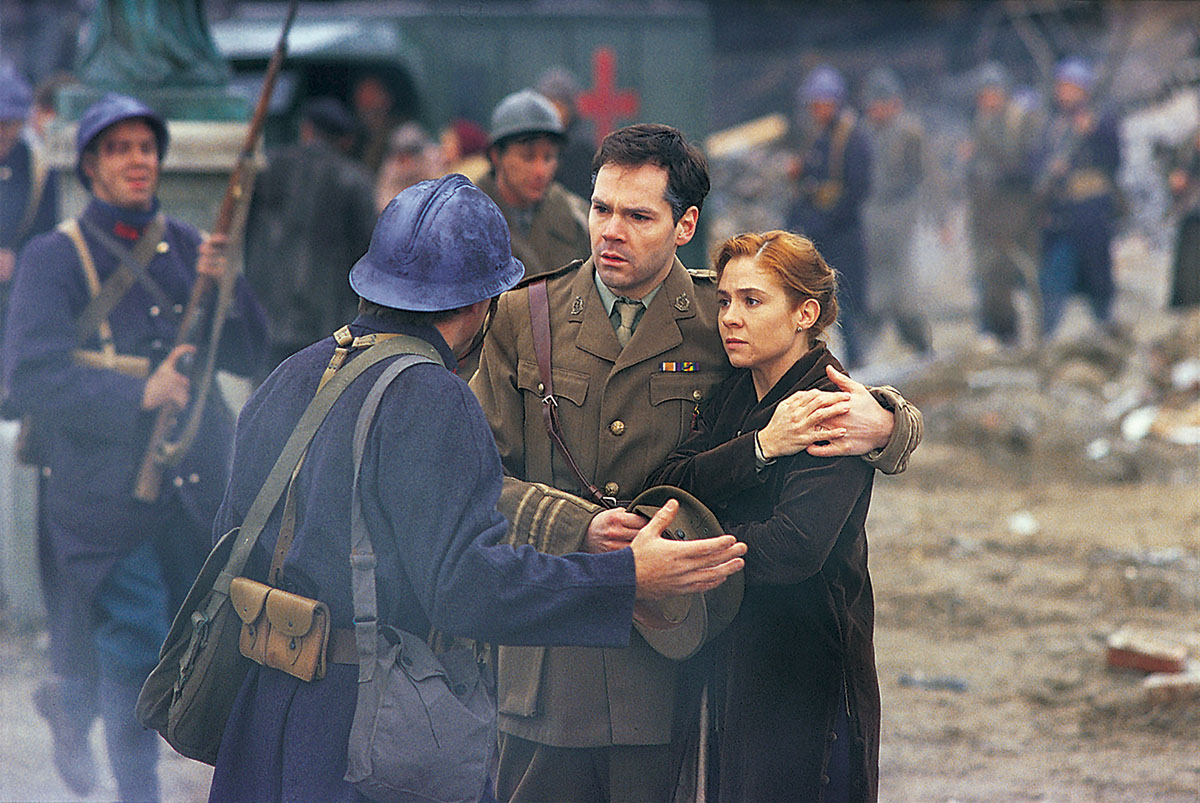 1917-1919: Felix King and Anne and Gilbert Blythe all return toAvonlea from Europe

Felix King is found and returns home , in An Avonlea Christmas, much to the relief of his family. Likewise,in Anne of Green Gables the Continuing Story Anne is reunited with Gilbert after having searched for him in war torn Europe. Anne and Gilbert return home to Avonlea and adopt Dominic, the son of Anne's deceased comrade Jack. The two of them give Green Gables to Diana and her Husband Fred and move away to Glen St Mary. 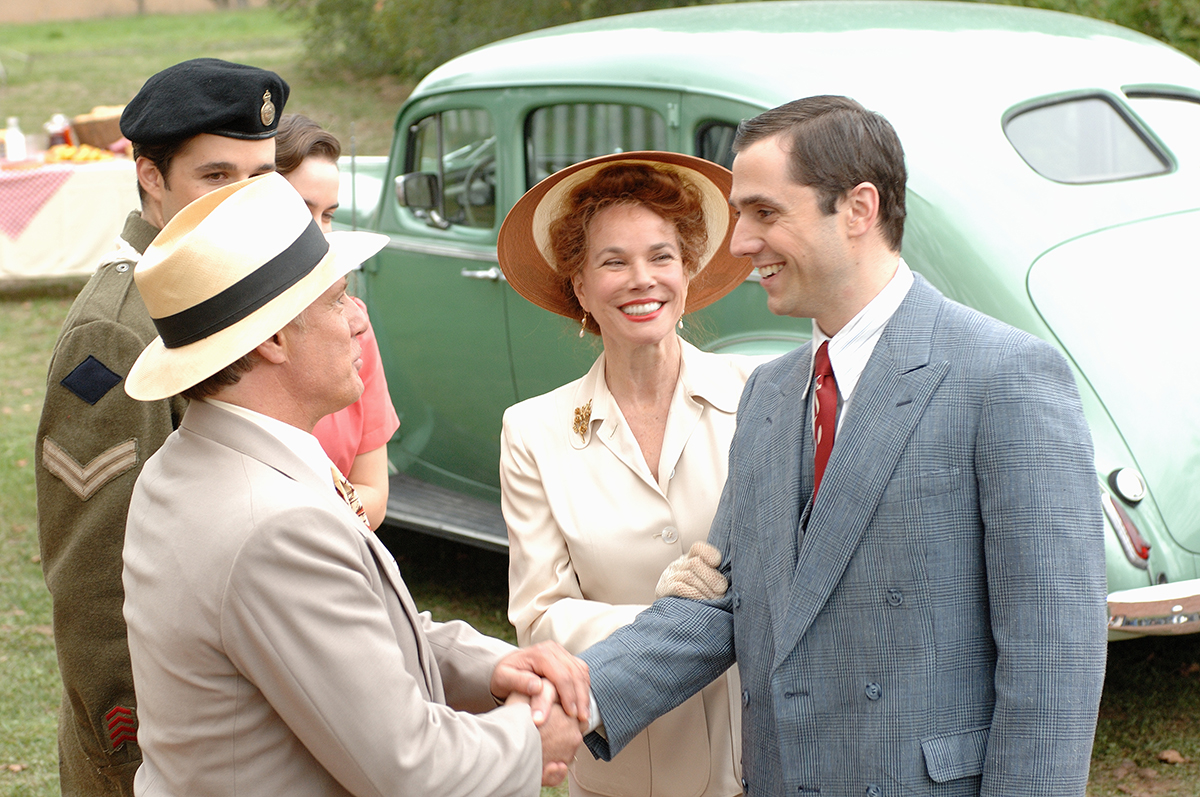 Skipping forward a number of years brings us to 1945, which is the year that Gilbert Blythe tragically passes away and he and Anne's adopted son Dominic enlists to serve in WWII. This bring us to the fourth Anne film Anne of Green Gables A New Beginning, where in 1946 Anne returns to Green Gables to write a Play and to uncover the secrets of her past. Dominic returns to Price Edward Island with a new wife and Anne is able to enter a new chapter of her life and finally put her troubled childhood behind her.

This brings us to the end of the Anne of Green Gables/ Road to Avonlea timeline. If you have never watched Road to Avonlea, but love Anne of Green Gables, we highly suggest that you do so! All seven seasons are available,fully restored, on GazeboTV. And if you are a fan of both Anne and Avonlea,we hope that this timeline has helped shed some light on how the two series are connected!